Gas Engines for the Farm 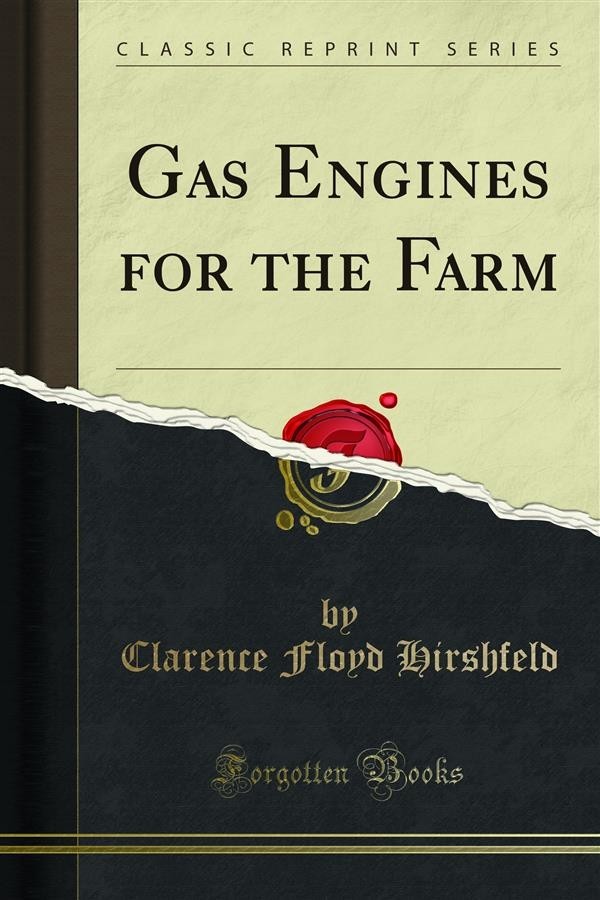 Gas Engines for the Farm

Originally published in 1913, Clarence Floyd Hirshfield's book <i>Gas Engines for the Farm</i> was likely unique upon its release. The book is intended to be a buyer's manual to be used by farmer's considering the purchases of a gas engine. As mechanical power would have been a relatively new advantage for a farmer in 1913, literature on the subject was presumably scarce, and thus this book was intended to fill that gap.<br><br>Early chapters cover the basics of a gas-powered engine, including appropriate fuels and the operational principles and design of an internal combustion engine. Comparisons are made between the steam engine and the gas-powered engine in order to illuminate some of the important differences. Later chapters wade more deeply into the specifics of an engine's operation and upkeep, presenting information on the cooling system, carburetors, the ignition apparatus, mufflers, and more. This volume is truly a treasure chest of early information on gas-powered farm equipment.<br><br>The final chapters of the book are essentially the buyer's guide. Hirshfeld identifies desirable features of construction, the brands that one should consider, and finally examines how to best balance power, speed, and price. There is no doubt that one would be better prepared to make a large purchase after reading this manual.<br><br>Read today, this book is primarily a pleasant trip back in time. While the fundamentals of the internal combustion engine have not changed in 100 years, the advancements in power and speed have been significant. The early chapters of this book are thus still relevant today; however, the latter chapters are most definitely out of date.<br><br><i>Gas Engines for the Farm</i> is recommended for all rural historians, or anybody simply looking to take a trip back in time to when gas powered engines were first making their presence felt on the farms across America.