A Thousand Years of Russian History 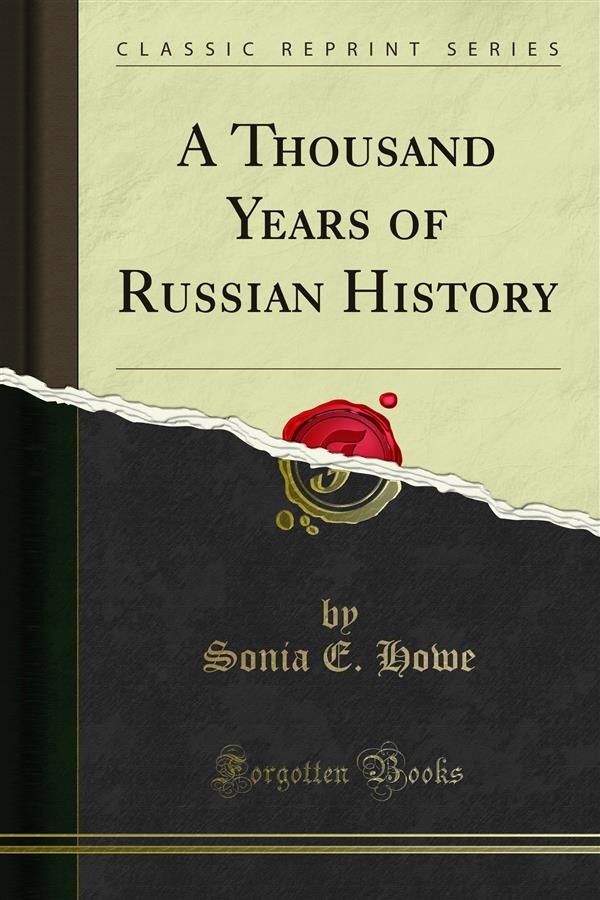 A Thousand Years of Russian History

There are few people in England, probably, who have not read some book or article on Russia, and some aspects of the life of that country are well known to English people; yet it is not too much to say that great ignorance prevails about Russia as a whole. The thing lacking is a knowledge of history, for history alone explains the present by the past, and offers the right vantage ground from which to view the great drama in action at this time. History alone will explain, for example, why Russia is so irresistibly drawn towards Constantinople, and why so much blood has been shed in vain attempts to gain possession of the latchkey to her own front door which the Western Powers have prevented her again and again from getting into her hands. The ancient story of Oleg the Wise hanging his shield on the gate of Byzantium in 911 is a symbol of Russia's policy. A knowledge of, history will also enable the reader to understand the living bond which exists between Russians and Balkan Slavs, who are all members of the same race and of the same Church, and how this bond has always reasserted itself when the weaker brothers had reason to call upon the stronger for help against Turkish Moslems. There are also other vital points which have to be ex plained before Russia's political position can be rightly understood; for the mighty Russian Empire has not been built in a day — from a small beginning and by a number of different processes it has grown to its present dimensions.