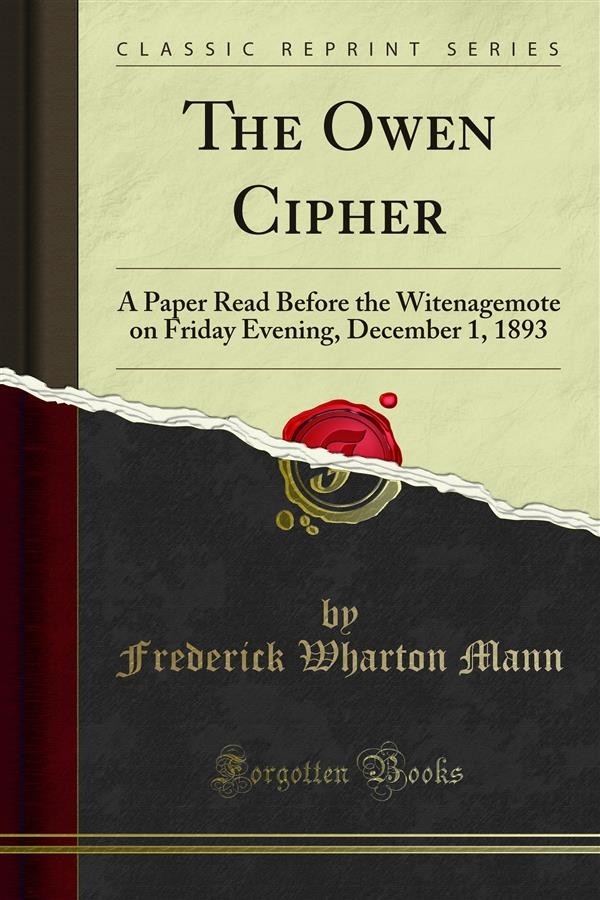 In the first place, let us examine in what the Owen cipher consists. It purports to be a se cret history of the times of Queen Elizabeth, written by Lord Bacon, and hidden by him in his own writings, in those attributed to Wil liam Shakespeare, in the plays hitherto sup posed to have been written by Marlowe, in the plays of Robert. Greene and George Peele, in the poems of Edmund Spenser, and in Robert Burton's Anatomy of Melancholy. In other words, it is a cipher that works into nearly the whole Elizabethan literature. It would be very difi'icult to make any student of literature be lieve that he who wrote the Novum Organum could have written Marlowe's Tamburlaine.