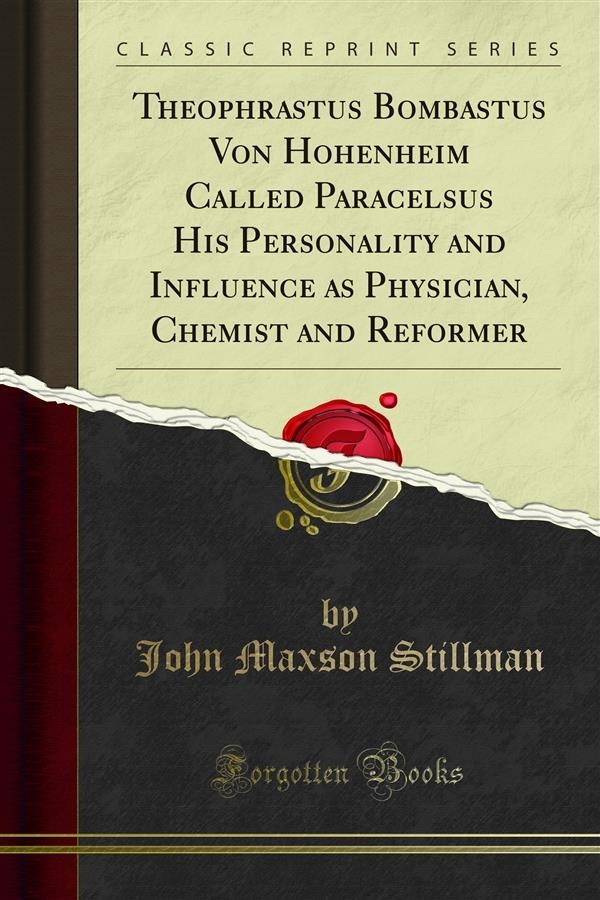 <i>Theophrastus Bombasuts von Hohenheim Called Paracelsus His Personality and Influence As Physician, Chemist and Reformer</i> by John Maxson Stillman is a complex biography of Paracelsus – alchemist, scientist, and physician. Stillman was a scientist himself, specializing in chemistry but was also a leader in the field of the history of science. Inspired by the life of Parcelsus, Stillman felt compelled to detail the tears and triumphs of this masterful alchemist.<br><br>Stillman's biography on Paracelsus begins by exploring the early life of Paracelsus followed by a discussion of Paraclesan views of nature and medical theory. As a physician, Paracelsus had differing views from that of others in his field and he ultimately defied medical faculty and became a reformer of medicine, which Stillman explores in great detail. Paracelsus reformed chemistry in his career as a chemist and made several important contributions to medical science and medical practices, which are covered at length in the text. Stillman also explores Paracelsus' personal mission and his exploration of the ethics of a physician. Just as Stillman used writing as a tool to explore science, Paracelsus did the same with theology, and Stillman discusses the transformative revelations uncovered by Paracelsus as a result of his forays into theological writing. Of course, no good biography would avoid the end of a subject's life, and Stillman makes a point to discuss both Paracelsus' later years and his final days. <br><br><i>Theophrastus Bombasuts von Hohenheim Called Paracelsus His Personality and Influence As Physician, Chemist and Reformer</i> is an in-depth and engrossing biography on the life and times of Paracelsus. A man of great talent, ambition, and contributions to the fields of chemistry; Paracelsus left the world that much richer when he passed on. Stillman perfectly captures that sense enrichment and allows it to guide and flow through each page dedicated to this great man's life and legacy.