The Esoteric Basis of Christianity, or Theosophy and Christian Doctrine 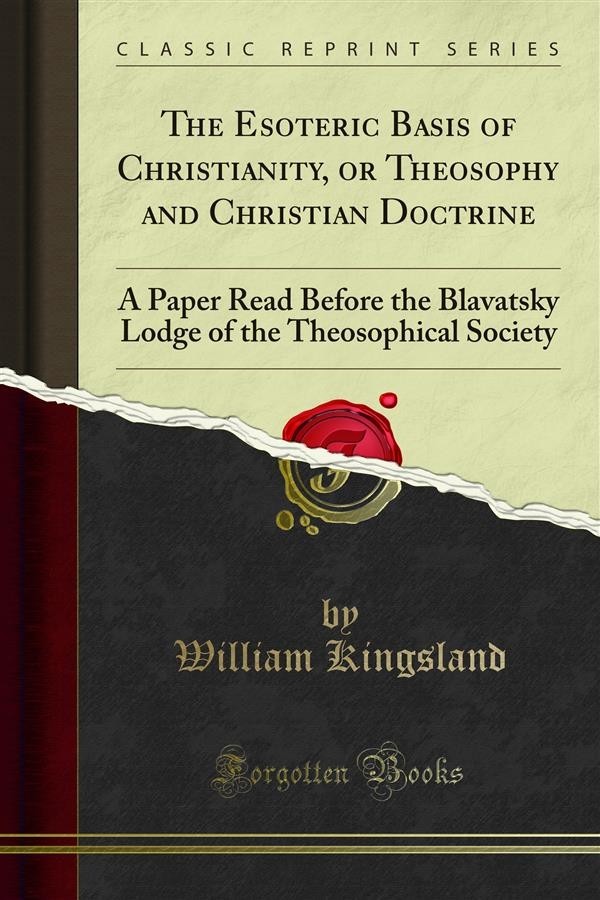 The Esoteric Basis of Christianity, or Theosophy and Christian Doctrine

It is well known that the claim which has been made by the Church, from its earliest traditions down to ourpresent day, on behalf of Christian doctrine, has been that of a special divine revelation by a personal God. Beginning with the first chapter of Genesis, and ending with the last verse of Revelation, we are asked to believe that the collection of ancient writings known as the Bible has been specially prepared and inspired by this personal God, as a record of his dealings with, and his will towards, the creatures he originally created. This I believe may be accepted as the fundamental basis of Christian doctrine, the centre round which all the teachings of the Church, whether Protestant or Catholic, has revolved, and from which they cannot get away without breaking up and destroying all that has ever been known historically as Christianity. I say specifically that this is the claim made by the Church, because it is a fact commonly overlooked, and one indeed of which the majority of professing Christians are ignorant, that what is known as Christianity, in its doctrinal form, in its traditions, and in the selection and compilation Of the subject matter of the Bible, is purely ecclesiastical. The Bible in its present form, the creeds, and the rites and ceremonies which go to make up the sum total Of what is known historically as Christianity, were com piled by the early Church authorities from miscellaneous sources. This, however, is a matter of literary and historical data into which I cannot enter now; buti wish it to be understood that in speaking of Christianity and Christian doctrine I am dealing at present with its ecclesiastical and historical forms, and not with the personality or teachings of its supposed founder. We have then this fundamental idea of Christianity as a revelation of the personal relationship between a creative God, and the creatures he created; and upon this basis is built up the doctrinal superstructure with which we are all familiar in its many variations and modifications.