The History and Traditions of the Isle of Skye 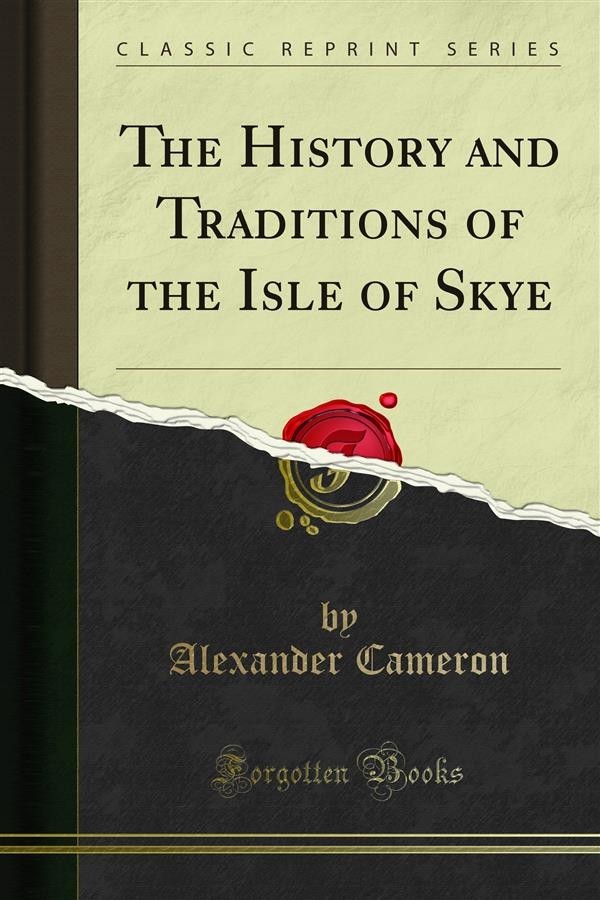 The History and Traditions of the Isle of Skye

The History and Traditions of the Isle of Skye is a rare insight into the history of Scotland’s most magical isles. Written by historian Alexander Cameron about his native island this volume offers a front row seat to the poetry, drama and turmoil of Skye and the surrounding isles’ history. <br><br>Cameron takes a voyage through time from the original Neolithic inhabitants and the profound markers they left on the landscape to the state of the region in the 19th Century. The ancient inhabitants and their struggles with Norsemen and the elements are documented within this book but nearer history is far from neglected. Whilst the isles around and including Skye are remote, this has not kept them from being powerful playing pieces, used in games between the great leaders of Clans and English houses. Raids, royal entreaties and questionable romance have touched these islands and this book renders those events tangible for the reader through the judicious use of traditional poetry and legend highlighted alongside historical detail. <br><br>Cameron starts from the Poems of Ossian in the third century and discusses all the major events that touched the island up until the 1800s. It is a twisting tale worthy of any drama, from the druids and Danes to the daring rescue of Bonnie Prince Charlie by Flora MacDonald, and other less famous but equally fascinating episodes.<br><br>The work is written in a period style, and the modern reader will be drawn in by its engaging character and the accuracy with which the author expresses the human stories caught up in Skye’s political winds. Of particular interest to genealogists, the final section of the book notes the names, families and brief biographies of a number of military men from Skye who had distinguished service records. Skye has been the home of brave people of all kinds for many generations.<br>