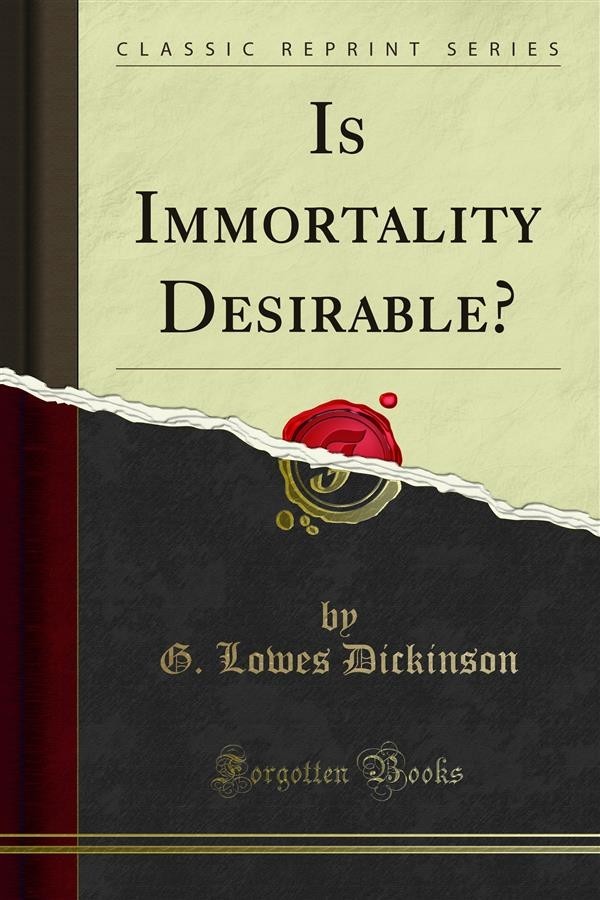 First. In carrying out the wishes of my late beloved father, George Goldthwait Ingersoll, as declared by him in his last will and testament, I give and bequeath to Harvard University in Cam bridge, Mass., where my late father was graduated, and which he always held in love and honor, the sum of Five thousand dollars as a fund for the establishment of a Lectureship on a plan some what similar to that of the Dudleian lecture, that is -one lecture to be delivered each year, on any con venient day between the last day of May and the first day of December, on this subject, the Im mortality of Man, said lecture not to form a part of the usual college course, nor to be delivered by any Professor or Tutor as part of his usual routine of instruction, though any such Professor or Tutor may be appointed to such service. The choice of said lecturer is not to be limited to any one religious denomination, nor to any one profession, but may be that of either clergyman or layman, the appoint ment to take place at least six months before the delivery of said lecture. The above sum to be safely invested and three fourths of the annual in terest thereof to be paid to the lecturer for his services and the remaining fourth to be expended in the publishment and gratuitous distribution of the lecture, a copy of which is always to be fur nished by the lecturer for such purpose. The same lecture to be named and known as the Ingersoll lecture on the Immortality of Man.