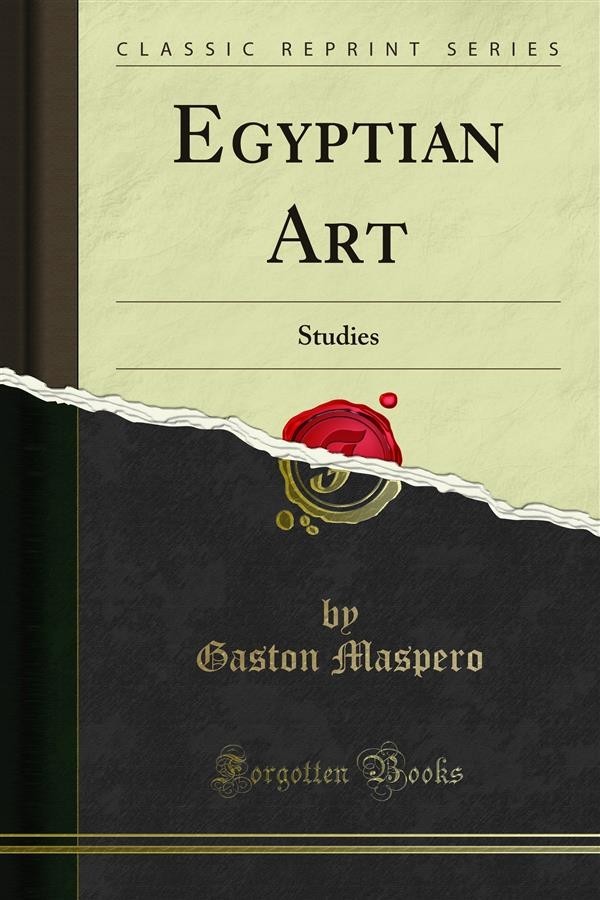 The following essays were written during a period of more than thirty years, and published at intervals of varying lengths. The oldest of them appeared in Les Monuments de l'art Antique of my friend Olivier Rayet, and the others in La Nature at the request of Gaston Tissandier, in the Gazette des beanie-arts, in the Monuments Piot, and chieﬂy in the Revue de l'art Ancien et Moderne, where my friend Jules Comte gave them hospitality. As most of these periodicals do not circulate in purely scientific circles, the essays are almost unknown to experts, and will for the greater part be new to them, Indeed, they were not intended for them. In writing them, I desired to familiarize the general public, who were scarcely aware of their exist ence, with some of the fine pieces of Egyptian sculpture and goldsmiths' work, and to point out how to approach them in order to appreciate their worth. Some, after various vicissitudes, had found a home in the Museums of Paris or of Cairo, and I wrote the notices in my study, deducing at leisure the reasons for my criticisms. Others I caught as they emerged from the ground, the very day of or the day after their discovery, and I described them on the spot, as it were, under the inﬂuence of my first encounter with them: they themselves dictated to me what I said of them.