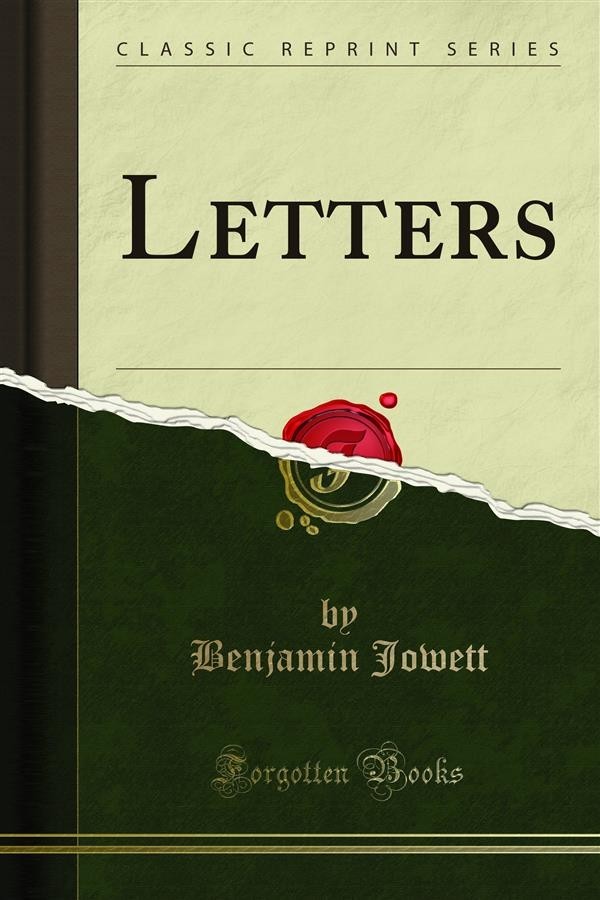 The present volume is merely a supplement to the Life and Letters of Jowett, published two years ago. It contains a number of letters, partly on special subjects, and partly of more general interest, which could not be included in the previous volumes, and yet seemed to be worth preserving; and also some documents of a more public nature, which throw light on important features of J owett's career. The letters have been divided into sections, according to the subjects treated in them, an arrangement which has the advantage of bringing together what J owett thought or suggested about Church Reform, Education, &c., but the disadvantage of separating the letters addressed to one person. This separation is to be regretted, for nothing was more characteristic of J owett than his devotion to his friends. If all the letters to Morier, for instance, were collected together, they would form the record of a watchful, unwearying friendship, outspoken yet sympathetic, to which it would be difficult to find a parallel. Such an arrangement was, however, incom patible with the plan of the work, and could not be introduced into this volume.