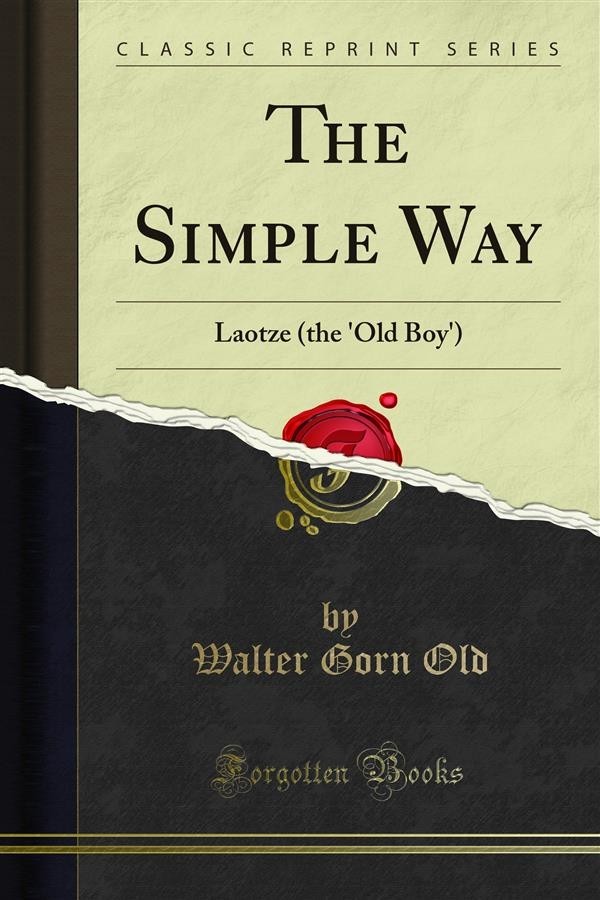 IN introducing to the public the Third Edition of Laotze's Simple Way, the writer begs to express his appreciation of the favourable reception accorded to this translation of the celebrated work of the Chinese sage, and desires to take the opportunity to offer a few brief comments on the precise meaning of the title of the work, which appears to have led in certain instances to some misapprehension. A great deal has been heard of late years about the Simple Life, which everybody appears to advocate and nobody follows out. Some laudable attempts have been made to get into closer touch with Nature by a few enthusiasts who have sought to extort her secret by systematically prodding her bare body with dibble, fork and spade, displaying thus considerable liveliness and not a little simplicity, but wholly failing either to make life simple or to attain to the simple life. This was inevitable; for the Way, the Truth and the Life that are simple are not to be compassed by Small Holdings and a Manual of Husbandry. The House-bondman may tend the root of our bodily needs, but he does not touch the complex of our higher and wider life.