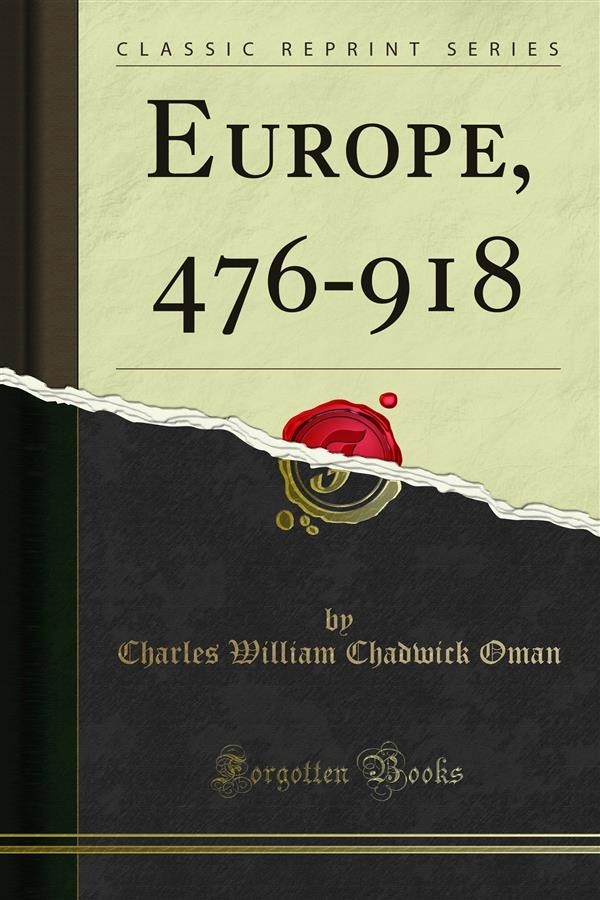 IN spite of the very modest scale on which this book has been written, I trust that it may be Of some use to students of European History. Though there are several excellent monographs in existence dealing with various sections of the period 476-918, there is no con tinuous general sketch in English which covers the whole of it. Gibbon's immortal work is popularly supposed to do so, but those who have read it most carefully are best aware that it does not. I am not acquainted with any modern English book where the inquirer can find an account of the Lombard kings, or of the Mohammedan invasions Of Italy and Sicily in the ninth century, or of several other not unimportant chapters in the early history Of Europe. I am in hopes, therefore, that my attempt to cover the whole field between 476 and 918 may not be entirely useless to the reading pubhc. I must acknowledge my indebtedness to two livingauthors, whose works have been of the greatest possible help to me in dealing with two great sections of this period, Doctor Gustav Richter, whose admirable collection Of original authorities in his Anna/en des Rez'cfzs makes such an excellent intro duction to the study of Merovingian and Carolingian times, and Professor Bury of Dublin, whose History of t/ze Later Roman Empire has done so much for the knowledge of east-roman affairs between 476 and 800. Nor must I omit to express my indebtedness to the kindly and diligent hands which spent so many summer hours in the laborious task Of compiling my index.