The Story of the Church of Egypt 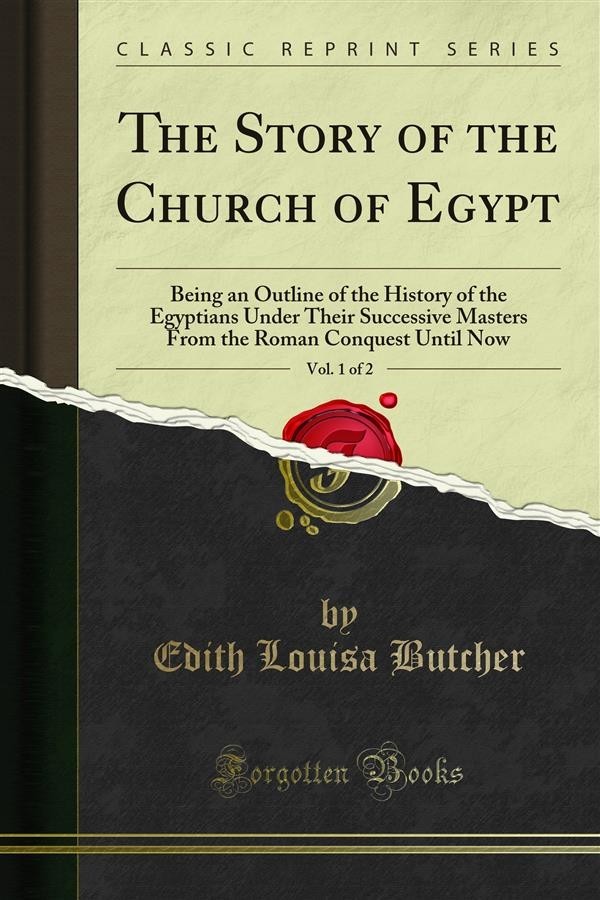 The Story of the Church of Egypt

There is one point to which I should like to call attention. With one imperfect exception, of the seventh century, all the available books on the history of the Church of Egypt, as may be seen by the following list, have been written by men alien in race or hostile in creed — generally both. I would beg my readers to consider how the history of any Western Church would read if the only books upon the subject were written by men of another nationality, openly hostile or indifferent. I have not, to my knowledge, suppressed one disgraceful fact about an Egyptian Pope as recorded by these historians; yet I do not think the record of the Egyptian Church will be found to compare badly with the proudest of her Western sisters. Let us not forget, in our loyalty to our own Church, that the Church Catholic is above and includes all National Churches, all true Christians, iré respective of race or organisation. For as in Christ there is neither Jew nor Greek, neither bond nor free, though the distinctions remain; so in Christ there is neither Greek nor Roman, English nor Egyptian, for we have all come into the kingdom of our Father.