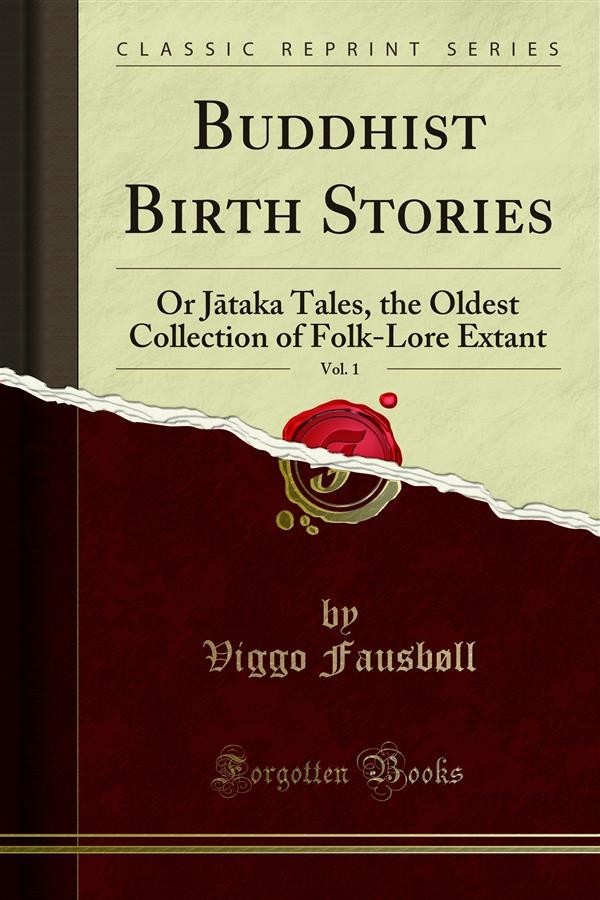 IT is well known that amongst the Buddhist Scriptures there is one book in which a large number Of Old stories, fables, and fairy tales, lie enshrined in an edifying commentary; and have thus been preserved for the study and amusement of later times. How this came about is not at present quite certain. The belief of orthodox Buddhists on the subject is this. The Buddha, as occa sion arose, was accustomed throughout his long career to explain and comment on the events happening around him, by telling Of similar events that had occurred in his own previous births. The experience, not Of one lifetime only, but of many lives, was always present to his mind; and it was this experience he so Often used to point a moral, or adorn a tale. The stories so told are said to have been reverently learnt and repeated by his disciples; and immediately after his death 550 Of them were gathered together in one collection, called the Book Of the 550 J atakae or Births; the commentary to which gives for each J Etaka, or Birth Story, an.