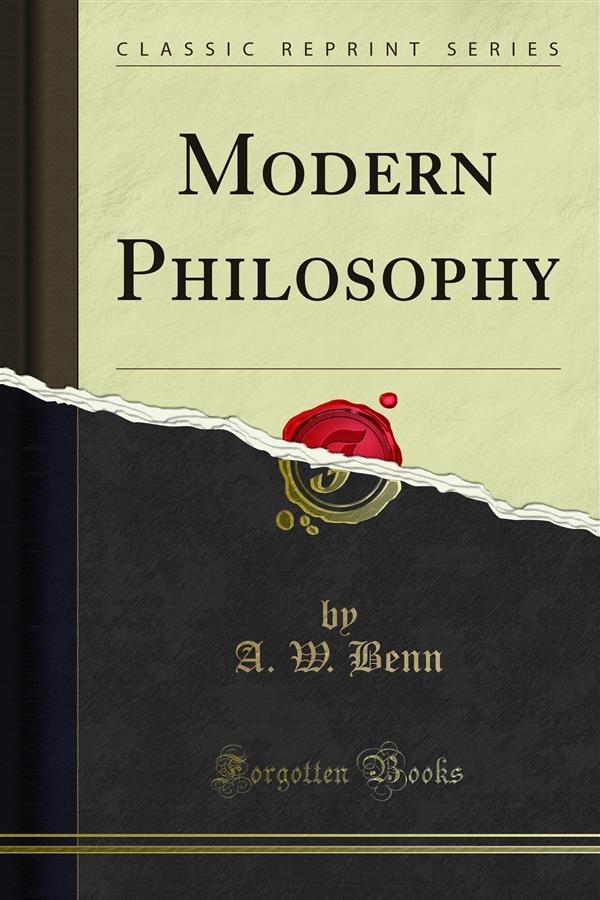 Ecclesiastical intolerance has been made responsible for the speculative stagnation of the Middle Ages, and it has been explained as an effect of the belief in the future punishment of heresy by eternal torments. But in truth the persecuting spirit was responsible for the dogma, not the dogma for persecution. And we must look for the underlying cause Of the whole evil in the premature union of metaphysics with religion and morality first effected by Plato, or rather by the genius Of Athens working through Plato. Indeed, on a closer examination we shall find that the slowing-down of speculation had begun long before the advent of Christianity, and coincides with the establishment Of its headquarters at Athens, where also the first permanent schools of philosophy were established. These schools were distinctly religious in their character; and none was so set against innovation as that of Epicurus, falsely supposed to have been a home of freethought. In the last Greek system Of philosophy, neo-platonism, theology reigned supreme and during the two and a-half centuries of its existence no real advance on the teaching of Plotinus was made. Neo-platonism when first constituted had incor porated a large Aristotelian element, the expulsion of which had been accomplished by its last great master, Proclus; and Christendom took over metaphysics under what seemed a Platonic form — the more welcome as Plato passed for giving its creeds the independent support of pure reason. This support extended beyond a future life and went down to the deepest mysteries Of revealed faith. For, according to the Platonic doctrine of ideas, it was quite in order that there should be a divine unity existing independently of the three divine persons composing it; that the idea of humanity should be combined with one of these persons; and that the same idea, being both one with and distinct from Adam, should involve all mankind in the guilt of his transgression. Thus the Church started with a strong prejudice in favour of Plato which continued to Operate for many centuries, although the first great schoolman, John Scotus Eriugena (8io incurred a condemnation for h'eresy by adopting the pantheistic metaphysics of neo-platonism.