Religion of Israel to the Exile 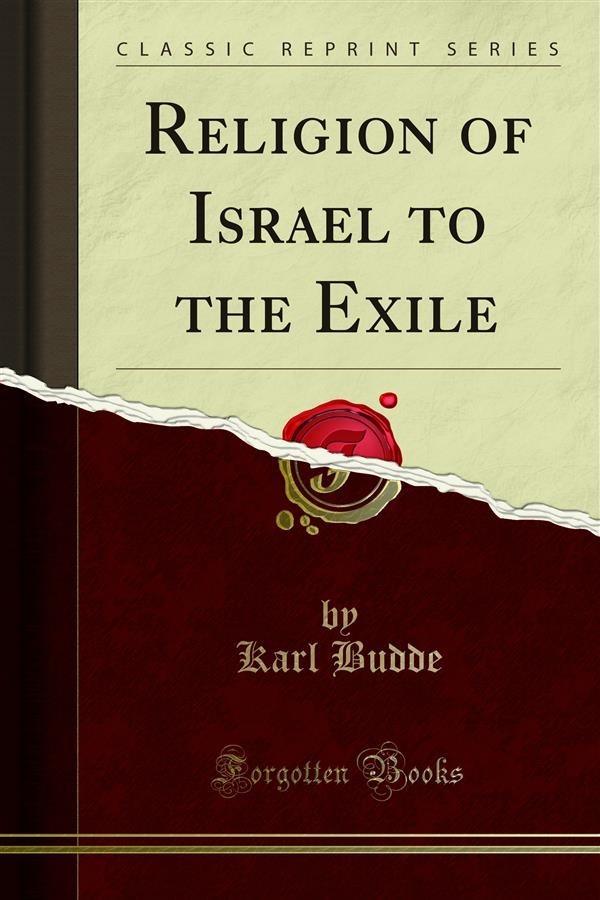 Religion of Israel to the Exile

N 1894, Prof. C. H. Toy, Of Harvard University, Chairman Of the American Committee for Lectures on the History of Religions, on behalf of the Committee, invited me to deliver the fourth series of these lectures, on a subject connected with the history of the religion Of Old Israel, my imme diate predecessor, Prof. T. K Cheyne, of Oxford, having chosen for his theme Jewish Religious Life after the Exile. I gladly accepted the honour of this appointment, nor was I long in deciding more definitely upon the subject. Since Professor Cheyne began his lectures with the Babylonian exile, mine must connect with them at that point; since he covered in his course the rest Of the Old Testament period, mine must go back to the beginnings. Aside from this, it would have been impossible for me to speak of the early ages Of the religion of Yahweh without following it up to its origin.