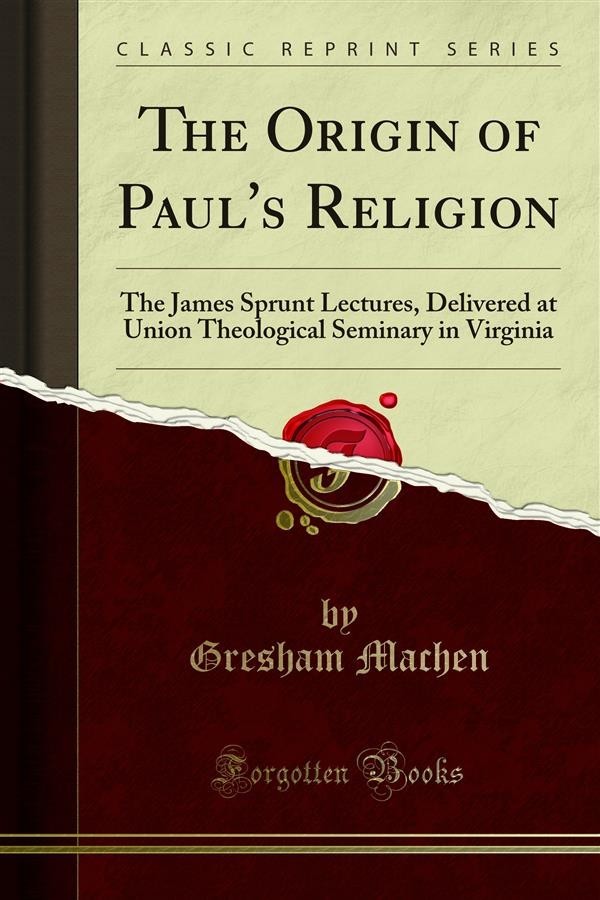 Of the origin of Christianity upon the apostle Paul. Jesus Himself, the author Of the Christian movement, wrote nothing — at least no writings Of His have been preserved. The record of His words and deeds is the work Of others, and the date and authorship and historical value of the documents in which that record is contained are the subject Of persistent debate. With regard to the genuineness of the principal epistles Of Paul, on the other hand, and with regard to the value Of at least part of the outline Of his life which is contained in the Book of Acts, all serious historians are agreed. The testi mony of Paul, therefore, forms a fixed starting-point in all controversy.