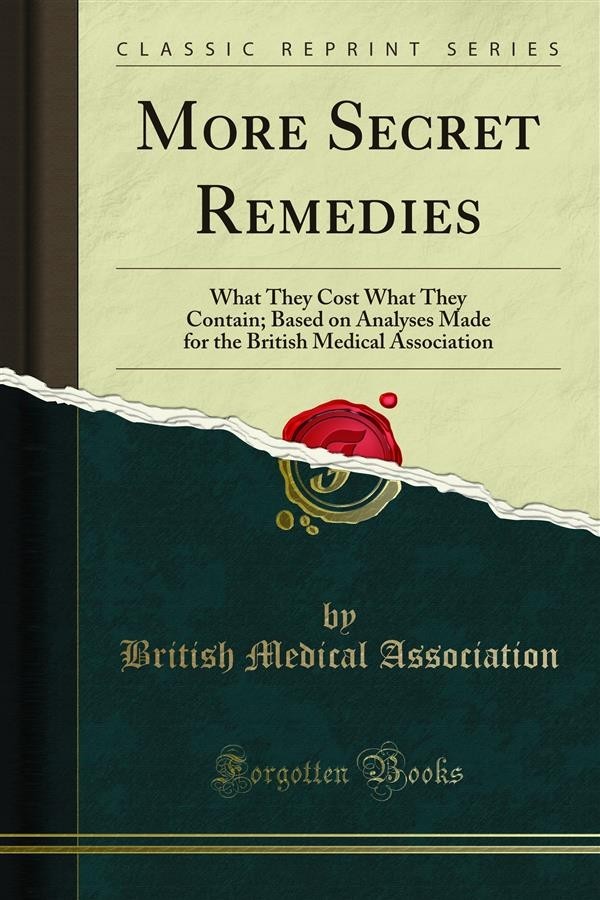 The publication by the British Medical Association under the title Secret Remedies: What they Cost and What they Contain — of the results of a series of analyses of some of the most advertised of the many proprietary medicines put forward for the cure of disease, has perhaps done more than anything else to open the eyes of the public, the authorities, and the Legislature to the true facts in regard to the nature of such articles and of the enormous traffic that goes on in them. At the time of the publication of this second volume, a public inquiry into the matter by a Parliamentary Committee has just been opened, with a View to deciding on what alterations of the law are necessary or desirable. The present state of the law in regard to the matter, and of its administration, undoubtedly leave room for much amendment. But the surest enemy of quackery in this department is increased publicity in regard to the facts, and the recognition by the public of the great disparity that exists in many cases between the actual composition of many nostrums on the one hand, and the extravagant claims that are made for their curative powers on the other. As a further contribution to a general enlightenment on the subject, the British Medical Association publishes in the present volume the results of a further series of analyses of proprietary medicines which have been carried out for the purpose, together with extracts from the statements of the proprietors of the medicines. The number of those at present existing is so vast that it is 'only possible to deal with comparatively a few, and these have been selected, as a rule.