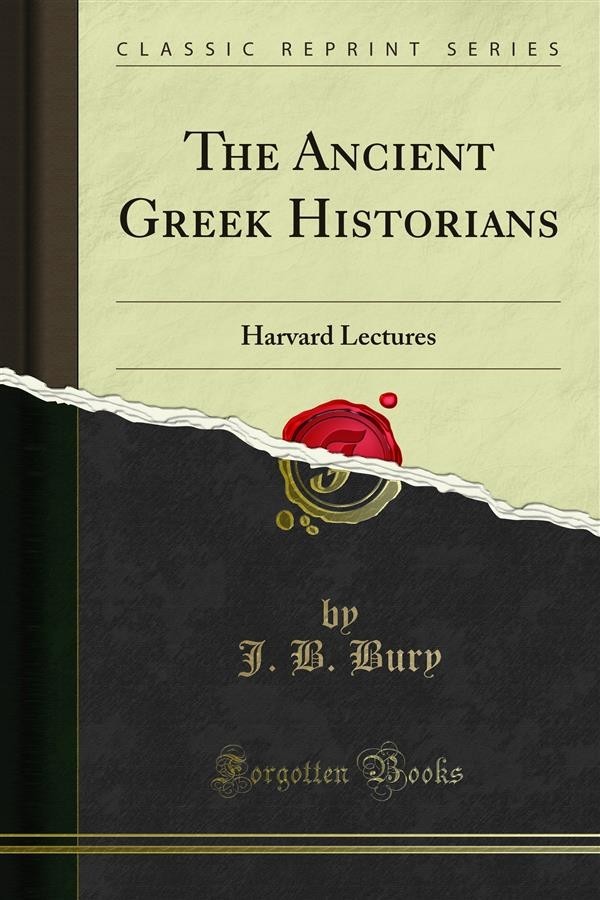 This volume consists of the Lane Lectures which I had the honour of delivering at Harvard Uni versity in Spring 1908, under the auspices of the Classical Department. They are printed very nearly as they were originally written, though some of my kind hearers, if they should glance through, may detect a good many passages which were omitted in the Lecture Hall. The book amounts to a historical survey of Greek historio graphy, down to the first century b.c., and such as it is, I dedicate it to Mr. Gardiner M. Lane, who founded the lecturership some years ago in the interests of humanistic study.