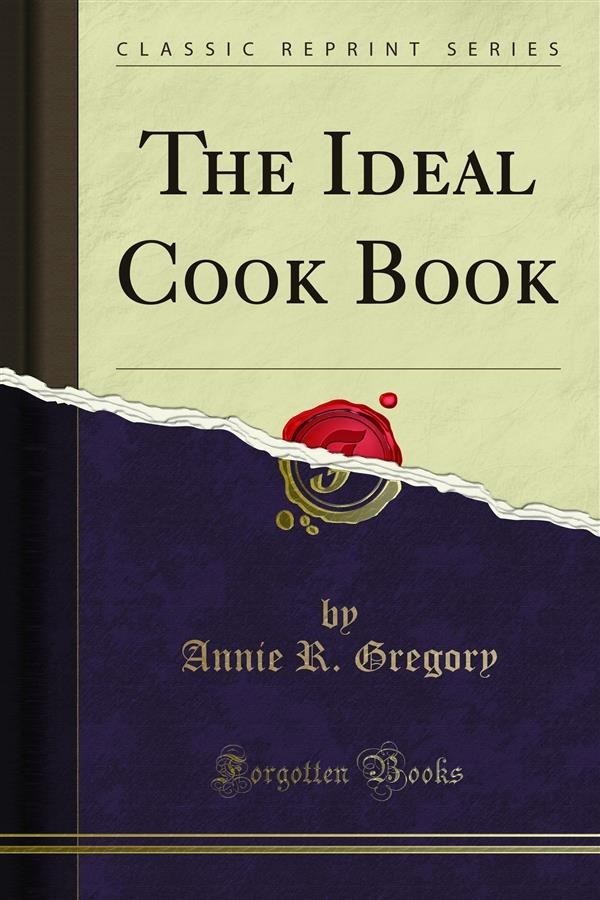 A third wrote: As you want a recipe not found in other cook-books, I will give you an original one. My little grandson wanted I should make him a birthday cake — one not like other cakes. Grandmothers are ever equal to the occasion; I made one and it was so highly praised, that I have been led to make it several times since — always with the same result. We call it 'leroy's Birthday Cake' — you may call it what you like. And still another wrote: I have decided to tell you my way of making bread, as it is very simple and not nearly as much trouble as the way most people make it. My neighbors think it is excellent. Another wrote: I send along with my favorite some tried recipes of my neighbors. Another wrote: If you can put in only one of my recipes, put in the prescription for beautifying and making the hair grow. Every family should have it. Thus, dear friend, the helps and suggestions 1n the book have been gathered from many sources. Besides those which have been sent by friends from in and out of town, from States both adjoining and remote, there are those that have been used in my family for years. I have given credit, where it was possible to remember from whom they came. Those taken from other books, are used by the kind permission of the authors or publishers. I am greatly indebted to all who have contributed, or by their courtesy made it possible for me to use their favorites in this book.