A Course in Practical Mathematics 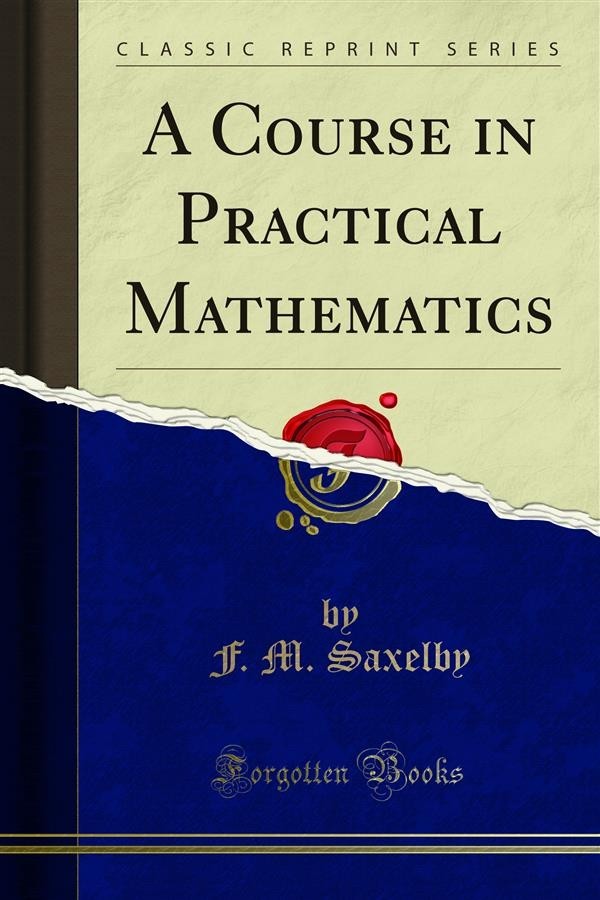 A Course in Practical Mathematics

Objection is sometimes raised to the methods of practical mathematics, on the ground that mathematics is not an experimental science. This is true; but mathematics is built up from a system of conventions which are not arbitrary, but chosen with reference to experience. Thus it is both logically and educationally necessary that the beginner in any branch of mathematics should have the corresponding part of his experience clearly realized and defined.<br><br>This has been recognized in the now generally accepted view that the study of geometry should begin with a course of experimental measurement. It is the object of the treatment followed in this book to extend the same method to some other branches of mathematics with special reference to the needs of the technical student.<br><br>In the chapters on trigonometry, for instance, while results are nowhere given without proof, the deductive treatment is, as far as possible, accompanied at every step by graphic or arithmetical verification, to enable the student to realise clearly his own experience of space, and to see that he is not dealing with an arbitrary system of symbols alone. Every one has in his own mind the fundamental notion of a rate of increase from which the differential calculus took its rise, and this should be clearly defined before proceeding to the analytical process of differentiation. Accordingly the subject has been arranged so that, after a course in plotting to fix the notion of the function of a variable clearly in the students mind, he is introduced to the methods of differentiation by a chapter on rates of increase treated by arithmetical and graphic methods. It is only after such a course that most students are ripe for the analytical methods of differentiation. It too often happens that a student who begins with these acquires merely a fatal facility in differentiation, regarding it as a mechanical juggling with symbols, but having no conception of its relation to experience.