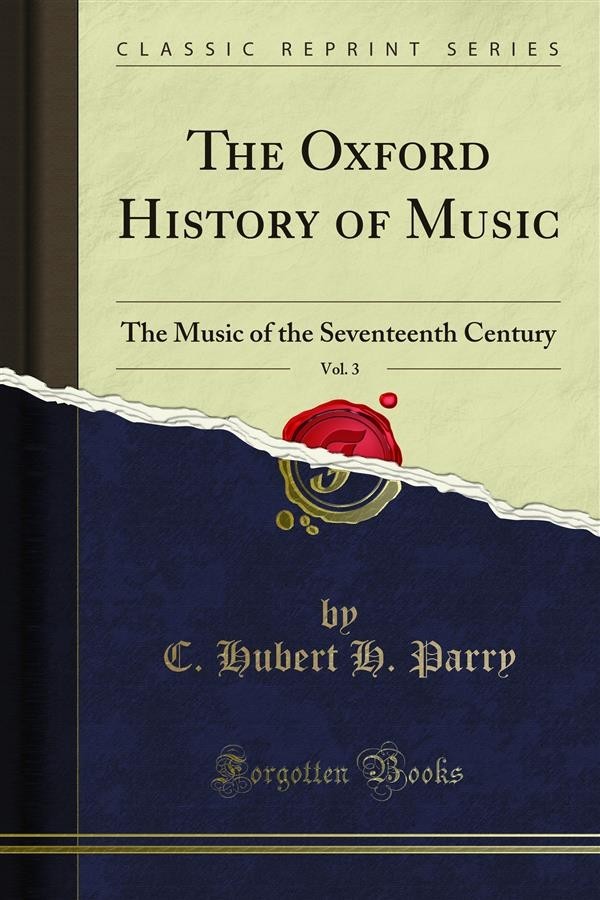 The seventeenth century is, musically, almost a blank, even to those who take more than the average interest in the Art; and barely a score of composers' names during the whole time suggest anything more than a mere reputa tion to modern ears. But this is by no means owing to neglect of the Art, or lack of musical energy and enterprise. There was fully as much activity in musical production throughout the century as at other times; and lovers of the Art were quite under the impression that the music of their time would compare favourably with that of other times, and impress those that came after as much as it impressed themselves. The event proved it singularly short lived: and intrinsically most of it seems to casual observers little better than an archaeological curiosity. Yet to those whose sympathies extend a little further than their everyday acquaintance it is capable of being not only very interesting but widely suggestive. It is interesting to seek for the reasons of its appearing adequate to the people of its time, while it appears so slender and inadequate to those that come after; and it is suggestive of essential but rarely comprehended facts in relation to the very nature of Art and its place in the scheme of human things, to trace the manner in which the slenderest beginnings, manifested during the century, served as the foundations of all the most important and comprehensive forms of.