The Religion of Ancient Palestine 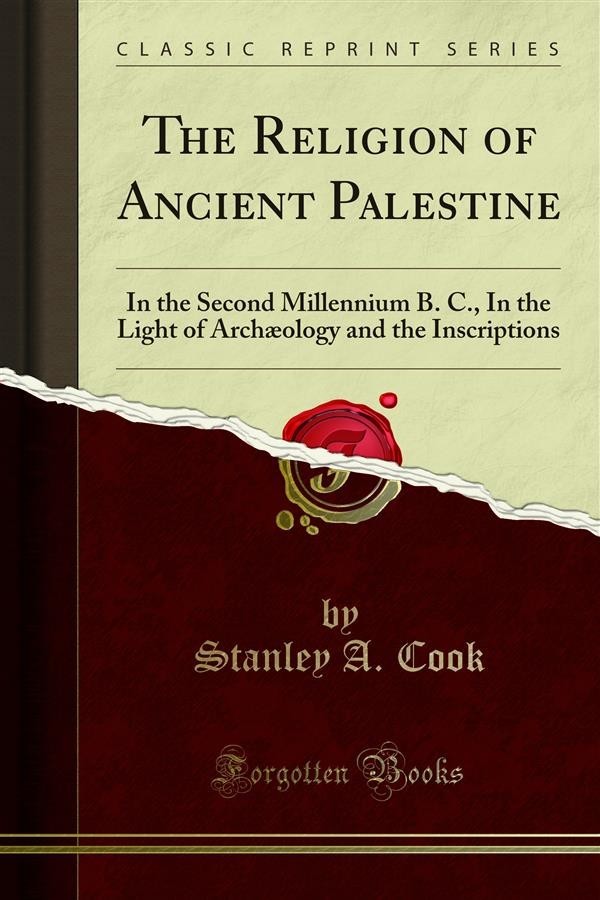 The Religion of Ancient Palestine

The following pages deal with the religion of Ancient Palestine, more particularly in the latter half of the Second Millennium, They touch upon the problem of the rise and development Of Israelite religion; a problem, however, which does not lie within the scope of the present sketch (pp. 4, 114 sq). The Amarna tablets, Egyptian records, and the results of recent excavation form the foundation, and the available material has been interpreted in the light of comparative religion. The aim has been to furnish a fairly self-contained description Of the general religious conditions from external or non-biblical sources, and this method has been adopted partly on account Of the conﬂicting Opinions which prevail among those who have investigated the theology Of the Old Testament in its relation to modern research. Every effort has been made to present the evidence accurately, and fairly; although lack of space has prevented discussion Of the more interesting features Of the Old Palestinian religion and of the various.