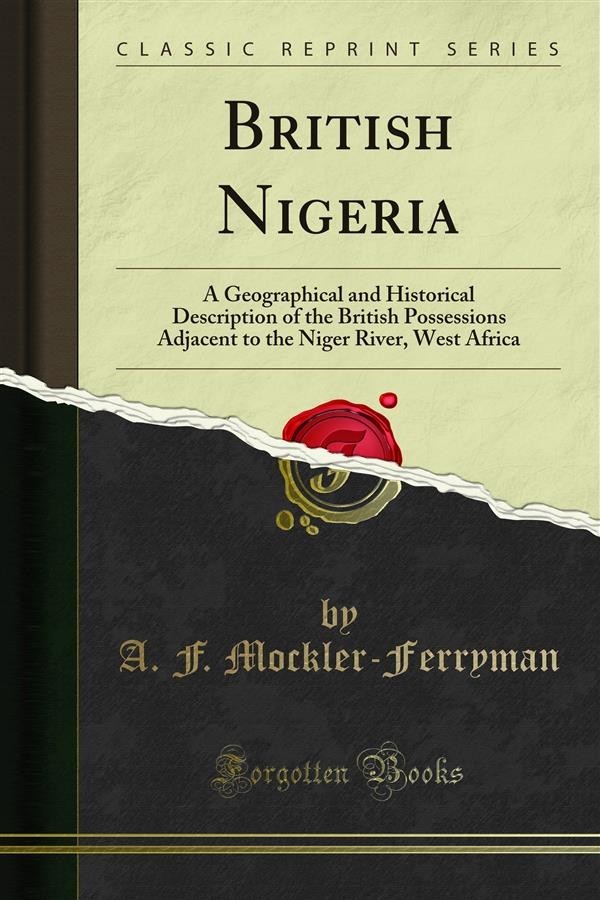 West Africa differs in no particular degree from the rest of Tropical Africa, and Nigerian topography is typical of West Africa. Here we find the low-lying belt of coast line, the succession of plateaux, the higher mountains, the wide and long waterways, and a scarcity of harbours. Commencing with what is termed the Niger Delta we have a land of swamps and impenetrable forests, inter sected by a vast network of streams and creeks, and inhabited by numerous pagan tribes, addicted to every Species of vile custom, including even cannibalism and human sacrifice. This was the region visited by the earlier Niger expeditions from the south, and here neither missionary labours nor trade have, so far, done much to wards the civilisation of the native. The principal tribes of the Delta districts are the Idzo (or Ejo) nearest the sea; the Ibo, further inland; and the Igara, extend ing almost as far north as the niger-benué conﬂuence; to their sub-divisions, as well as to their customs and peculiarities, we shall refer later. Above this pagan land, i.e. At the conﬂuence, there is a marked change, not only in the type of the people, but also in the nature of the country. Mohammedan inﬂuence commences to Show itself; and the low swampy wastes are superseded by rocky hills and far-extending grassy plains, well-studded with magnificent trees.