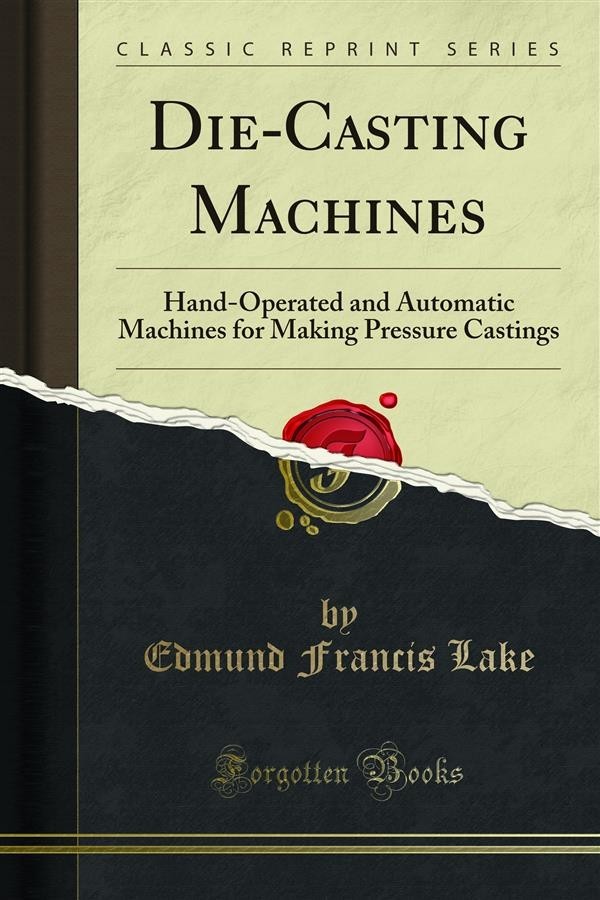 In 1872 a small band machine was patented, as shown in Fig. This was filled with molten metal from a melting pot, and when set on the bench, the palm of the hand was brought down forcibly on the wooden knob K. This forced down piston D and squeezed the metal out through nipple F. Other machines were invented in the following years for making medals, sewing machine bobbins and various other small articles. The type — metal apparatus was also improved by such inventions as that shown in Fig. 6, in which a much better design and arrangement were made of heating chamber, melting pot, cylinder, plunger, etc.