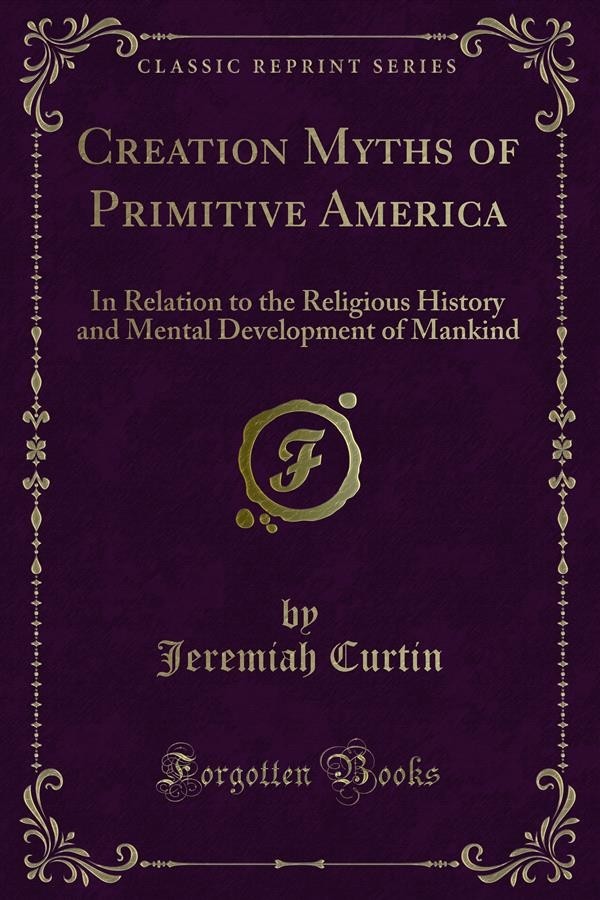 That earlier world had two periods of duration, one of complete and perfect harmony; another of violence, collision, and conflict. The result and outcome of the second period was the creation of all that is animated on earth except man. Man, in the American scheme of creation, stands apart and separate; he is quite alone, peculiar, and special. Above all, he belongs to this continent. The white man was unknown to American myth-makers, as were also men of every other race and of every region outside of the Western Hemisphere. Described brieﬂy and by an Indian, the American myth system is as follows: There was a world before this one in which we are living at present.