An Elementary Treatise on Differential Equations and Their Applications 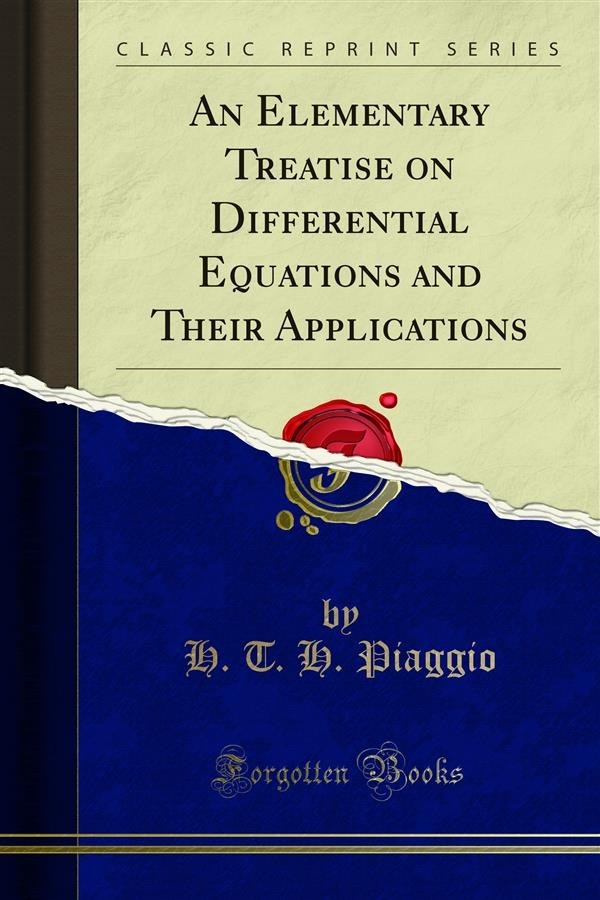 An Elementary Treatise on Differential Equations and Their Applications

In the sections dealing with Lagrange's linear partial differential equations, two examples have been taken from M. J. M. Hill's recent paper to illustrate his methods of obtaining Special integrals. In dealing with solution in series, great prominence has been given to the method of Frobenius. One chapter is devoted to the use of the method in working actual examples. This is followed uby a much harder chapter, justifying the assumptions made and dealing with the difficult questions of convergence involved. An effort has been made to state very clearly and definitely where the difficulty lies, and what are the general ideas of the somewhat complicated proofs. It is a common experience that many students when first faced by a long epsilon-proof are so bewildered by the details that they have very little idea Of the general trend. I have to thank Mr. S. Pollard, b.a., of Trinity College, Cambridge, for his valuable help with this chapter. This is the most advanced portion of the book, and, unlike the rest of it, requires a little know~ ledge of infinite series. However, references to standard text-books have been given for every such theorem used.