The Land of the Hittites 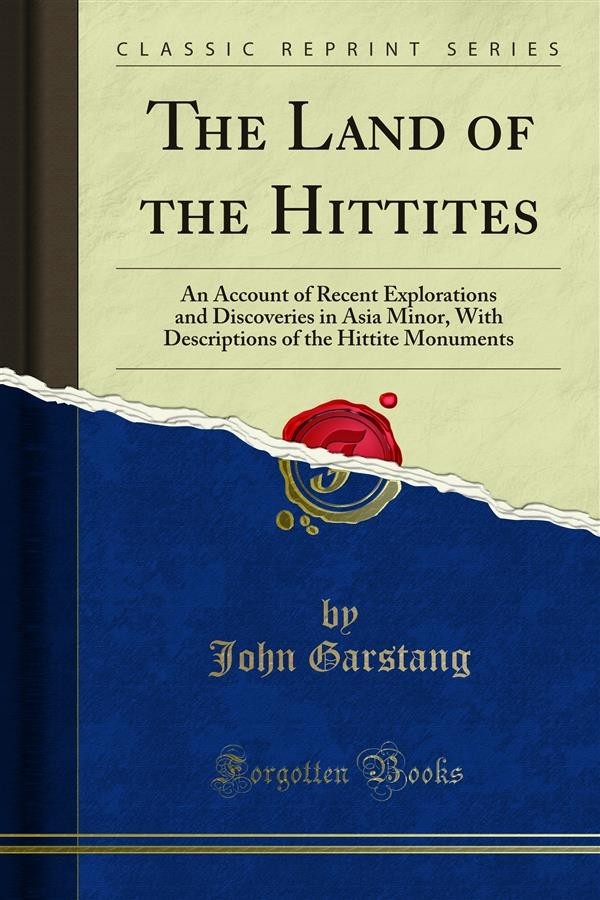 The Land of the Hittites

Since Professor Sayce and Dr. Wright first called atten tion, more than thirty years ago, to the forgotten empire and civilisation of the Hittites, no book has appeared to keep the English reader abreast of the further informa tion which has since come to light upon that subject. In the meantime researches made by British and German explorers in northern Syria and Asia Minor, and the studies of numerous scholars who have applied them selves to this problem, have advanced the position so far that the Hittites are nebulous no longer, but stand revealed in the clear light of history, claiming the attention of all those interested in the story of the Bible Lands, of Asia Minor, and of early Greece. The position and character of Asia Minor lend a wide interest and charm to its past no less than its present. The present volume aims at filling the gap which has already grown too wide. It starts ab initio with a rapid survey of the Hittite lands, and an outline of their history. The Hittite monuments are then passed in review, each described separately and independently, in such a way as to be useful to any one visiting them in situ or in the museums of Constantinople and Berlin, where there are departments devoted specially to this branch of archaeology. The bibliography and numerousxii the land OF the hittites.