The Latins in the Levant 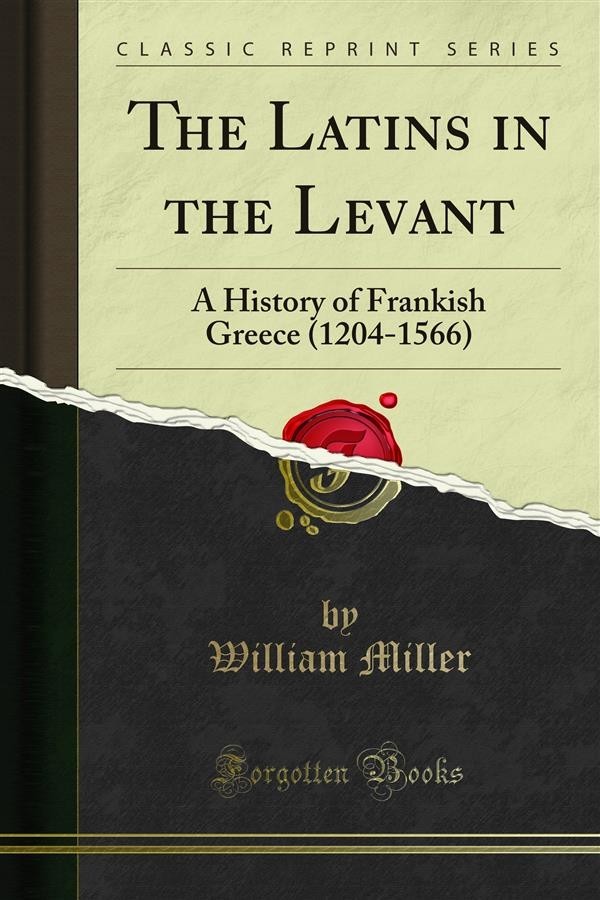 The Latins in the Levant

Throughout I have based the narrative upon first-hand authorities. I can conscientiously say that I have consulted all the printed books known to me in Greek, Italian, Spanish, French, German, English, and Latin, which deal in any way with the subject; and I have endeavoured to focus all the scattered notices concerning the F rankish period which have appeared in periodical literature, and in the documents of the epoch which have been published. These I have supplemented by further research in the archives of Rome and Venice. My aim has been to present as'complete an account as is possible in the existing state of our knowledge of this most fascinating stage in the life of Greece. I have also visited all the chief castles and sites connected with the Frankish period, believing that before a writer can hope to make the Franks live on paper, he must see where they lived in the ﬂesh. Enormous as is the debt which every student of medizeval Greek history owes to the late Karl Hopf, it was here that he failed, and it was hence that his F rankish barons are labelled skeletons in a vast, cold museum, instead of human beings of like passions with ourselves.