From a Vanished German Colony 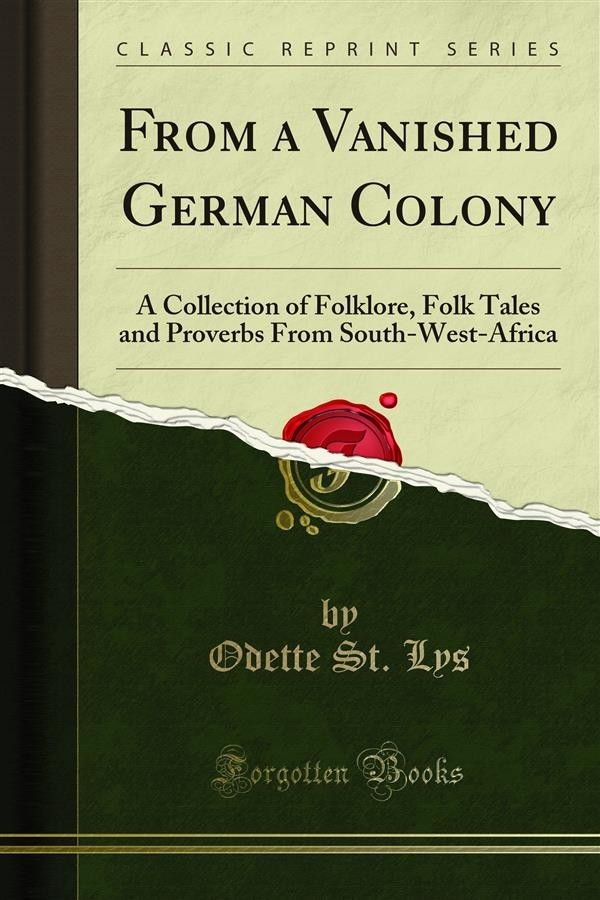 From a Vanished German Colony

Once upon a time a certain girl left her father's place and went to the village of Long Snake. Having arrived at the village of Long Snake she remained there, but the owner of the place was absent. The only person present was the mother of the owner of the place. Then in the evening the mother of Long Snake gave that girl some millet that she might grind it. After it was ground she made bread. When it was ready the mother of Long Snake said bring this bread into the house of Long Snake. A short time after that girl went into the house the owner of the place arrived. Then she gave him bread and fermented milk, and he ate. When they had finished the food they went to sleep. Then early in the morning Long Snake went away, because in the daytime he lived in the open country. The girl went to the house of the parents of Long Snake. The mother of Long Snake clothed her with a very beautiful robe. After she was dressed she called for an axe and went to cut firewood. Having arrived in the open fields she did not cut the firewood, but she threw away the axe and ran to her father's place. After she arrived at her father's place her sister enquired where she had got that beautiful robe. Her sister told her, and she said, I am also going to that village. Her sister said, just listen to what I tell you of the custom of that village. But her sister said in reply, I do not want you to tell me anything because you yourself were not warned before you went.