Tales and Traditions of the Eskimo 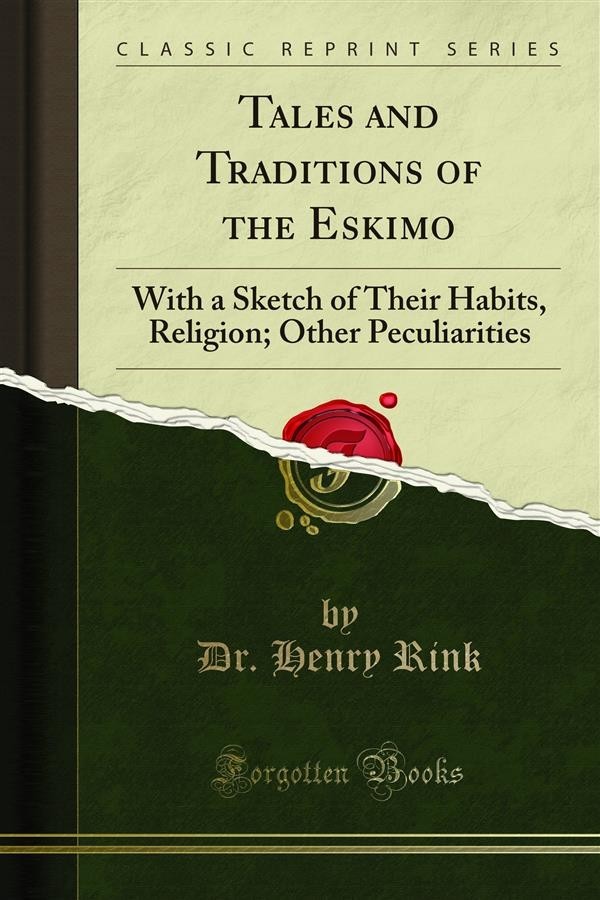 Tales and Traditions of the Eskimo

Keeping this object in view, some of the tales, as well as a certain part of the original work, seemed to be of special interest only to the Danish colonies, and have therefore been wholly omitted, or only given in an abridged form, in the present publication.<br><br>The wholly modern study of "prehistoric man," which in our time is making such progress, has hitherto almost exclusively been founded upon the study of the ornaments, weapons, and other remains of primitive peoples, which for this purpose have become greatly valued, and are searched for in the bowels of the earth, and drawn forth to light in nearly every part of the globe. But the time will certainly come when any relics of spiritual life brought down to us from, prehistoric mankind, which may still be found in the folklore of the more isolated and primitive nations, will be valued as highly as those material remains. In this respect the Eskimo may be considered among the most interesting, both as having been almost entirely cut off from other nations and very little influenced by foreign intercourse, and also as representing a kind of link between the aboriginals of the New and the Old World.<br><br>Some illustrations, designed as well as drawn and engraved on wood by natives of Greenland, are given, the author having supplied the original blocks to be used in this edition for this purpose.