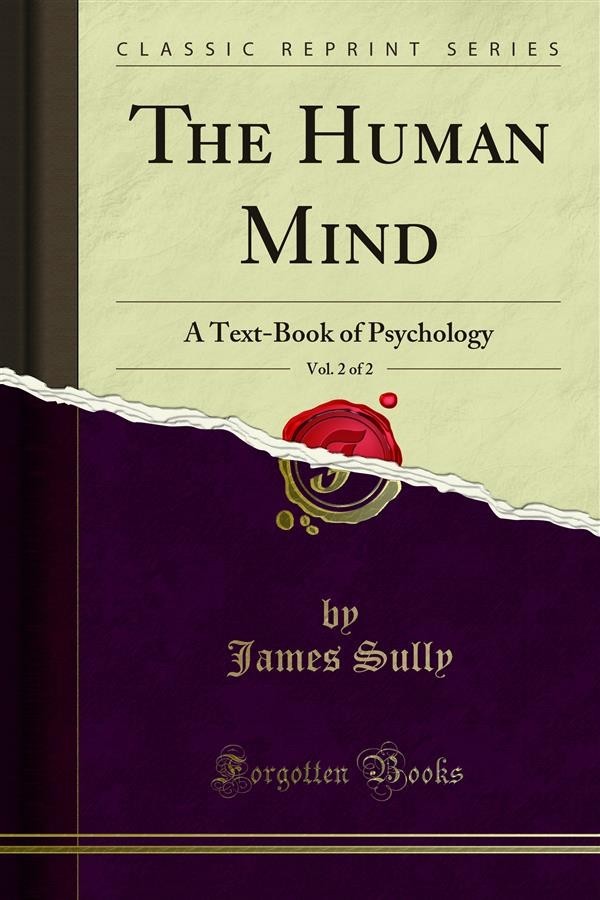 <i>The Human Mind: A Textbook of Psychology, Volume Two of Two</i> is an important work authored by James Sully. Sully was an English psychologist and academic who almost dedicated his life to a nonconformist ministry and this book is probably the most significant work of the author's career.<br><br>As this text is the second volume in a two-volume collection, it is important for the reader to first read <i>Volume One</i>. The book operates under the assumption that the reader is familiar with the content of the first volume and thus does not offer any summary. The title begins at chapter thirteen, which is an examination of the feelings of pleasure and pain. Other chapters discuss topics such as the development of human feelings, instinctive emotions, abstract sentiments, voluntary movements, normal and abnormal psychosis, and several more. Sully was a member of the associationist school of thinking, meaning that the brain works by associating one mental state with an earlier causal state or states. The book concludes with a detailed set of appendices.<br><br>While never having gained widespread recognition, James Sully was an important thinker in the realm of psychology. His work was heralded by Wilhelm Wundt and Sigmund Freud, and <i>The Human Mind</i> has served as a foundational text for many modern psychologists. Sully's work is illuminating and highly readable, and marks a worthy entry point for students new to the study of psychology.<br><br><i>The Human Mind: A Textbook of Psychology, Volume Two of Two</i> is valuable text about the study of mental functions. While not without its flaws, the book presents a number of theories that remain highly influential to this day. Serious students and scholars of psychology would benefit from familiarizing themselves with the work of this underrated thinker.