An Essay on the Origin and Formation of the Romance Languages 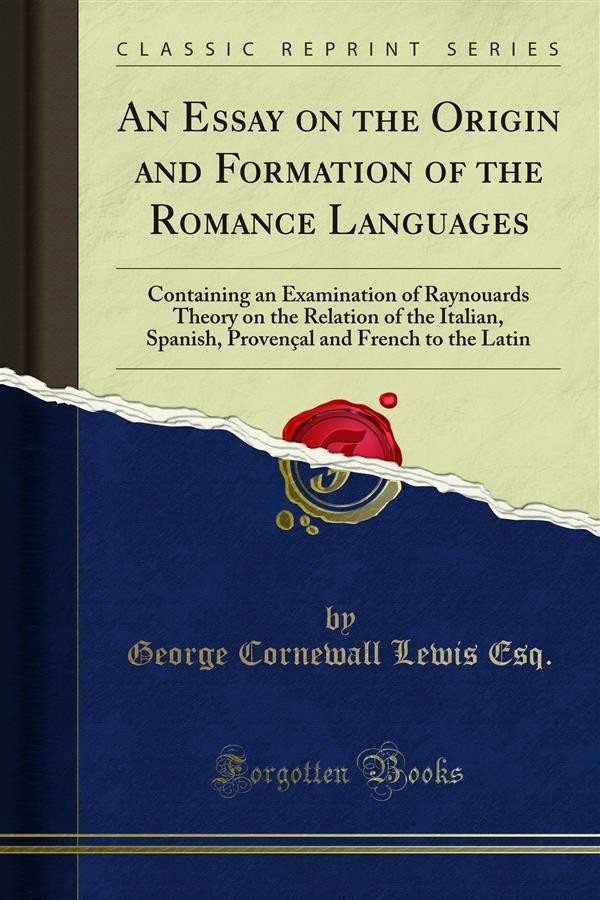 An Essay on the Origin and Formation of the Romance Languages

The problem, of which a tolerably complete solution is offered in the following pages, is one which cannot fail to interest all who have con sidered the intimate connexion of the develop ment of languages, as well with the political his tory of the communities by which they are spoken, as with those refined processes of thought, of which language is at once the exponent and the evidence. In this point of view the origin and progress of the modern dialects of the Latin are marked by peculiarities, which give them a pre dominant title to attention. Having arisen within a purely historical period, they are free from the elements of uncertainty which em barrass all enquiries into the origin of most other languages; while their descent from the language of the great Roman nation, and their actual diffusion over all the west of continental Europe, invests them with a deep interest in the eyes of all who take a connected view of the ancient and modern condition of these great nations.