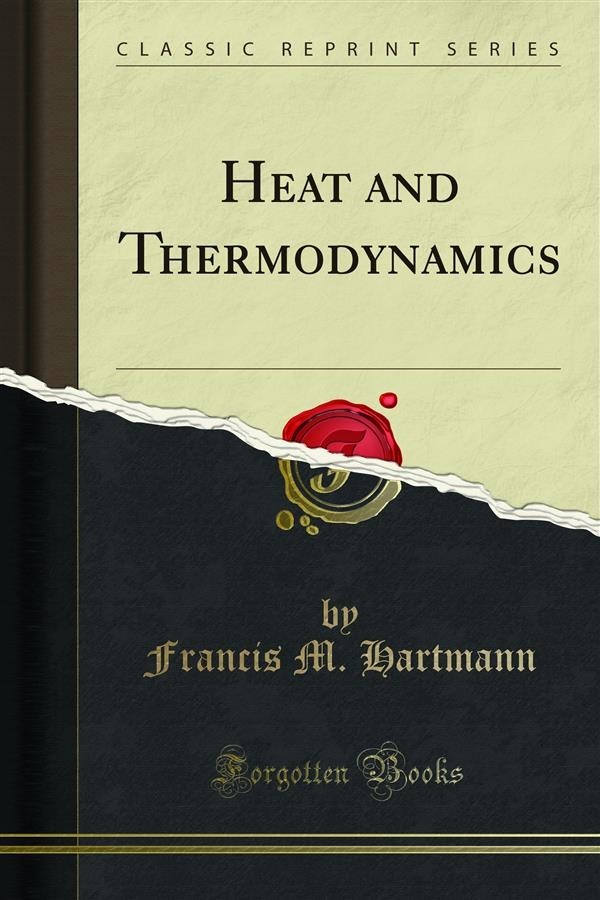 With so many good works in existence, both on Heat and Thermodynamics, it may perhaps appear presumptuous to publish the following text. The author, however, has long felt the need of a text, in teaching the subject of thermodynamics, which properly covers, without introducing too much material, the fundamental principles of heat measurements. To expect an average student to cull from his text book on physics, or some treatise on heat, no matter how well the subject may have been taught, an introduction to thermodynamics is, in general, expecting somewhat more of him than he can accomplish. But it has been found, by experience, that a short course on the fundamental principles of heat, given as an introduction to the subject of thermodynamics, greatly reduces the difficulties, experienced by most students, in pursuing this subject. Since it is almost impossible for a student to understand a complex piece of apparatus, unless he can actually examine it, long and tedious descriptions have been purposely avoided. Likewise, for the reason that photographs are seldom, if ever, of any value, all pictorial illustrations are diagrammatic. It is, of course, impossible to teach the subject of thermo dynamics without the application of differential and integral calculus; but the aim has been throughout to keep within the bounds of elementary mathematics. However, a fair knowledge of the calculus, on the part of the reader, has been assumed. Very few teachers, if any, can present an unbiassed view of a speculative theory; furthermore, before a student has thor oughly mastered the groundwork of any subject, he is not in a position to properly discriminate between the various arguments that may be advanced, either for or against a speculative theory. It must also be remembered that the average student looks upon his instructor as an infallible authority; and that he accepts a theory on the mere say so Of his instructor, no matter how ﬂimsy the arguments upon which it may be based. How fre quently one meets those who are in a condition so deplorable that they can talk very glibly about electrons, ionization, etc., and are driven helplessly into a corner by one or two well directed questions. Whether there is or is not such a thing as an atom has nothing to do with the law Of definite propor tion. Facts will always remain and theories change to fit them. It is for these various reasons that Speculative discussions, such as that Of the kinetic theory of gases, have been avoided, and that very hypothetical medium — the ether — has found no place ln this text. It cannot be too strongly emphasized that before we teach metaphysics to a student we must first give him a thor ough training in mathematics and physics.