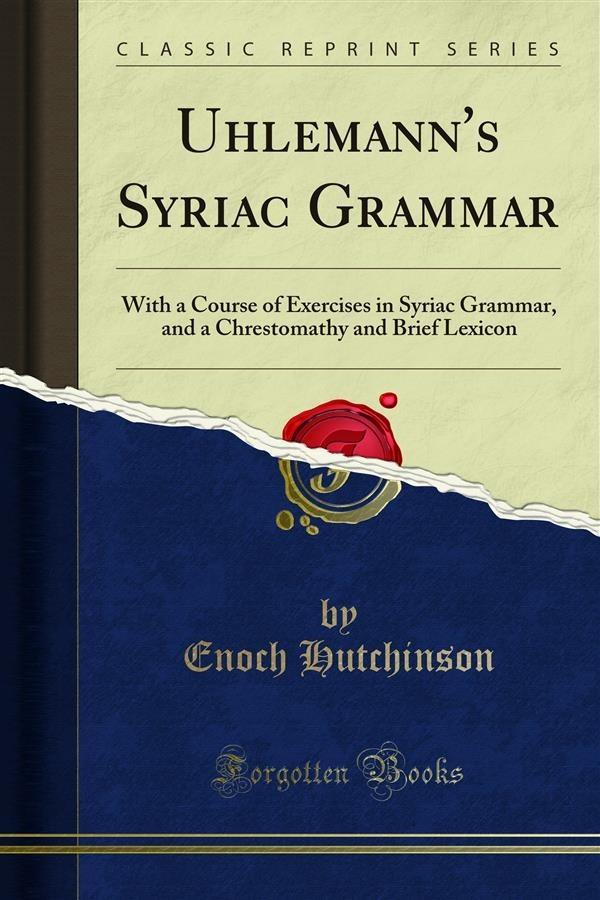 The translation is followed by a course of Exercises in Syriac grammar, which, if carefully studied, will, it is believed, mate rially facilitate the progress of the learner in an accurate know ledge of the elements of the language. After having read, with care, the introduction, and cursorily examined other parts of the grammar, the pupil may, at once, commence upon the Exercises, and merely consult the grammar (as directed in the introductory remarks to the Exercises) as a book of reference, in order to enable him to solve the difficulties with which he may meet in analyzing the first page of the Chrestomathy. The translator trusts that he shall not be considered as obtrusive in calling Special attention to a method of analysis which he has found to be of great advantage in teaching classes in Hebrew. Some in structors have probably adopted a similar one, and others may have devised still better methods. This is submitted to the con sideration of these teachers who have not already adopted a satisfactory one. A brief Chrestomathy and Lexicon, prepared by the transla tor, follow the Exercises. The former is composed of selections from that beautiful edition of the Peshito Bible published by the British and Foreign Bible Society in London, in 1816, and reprinted in smaller type in 1826. It was executed for the use of the Syrian Christians in India. It was corrected for the press, as far as the Acts of the Apostles, by Dr. Buchanan, and com pleted by Rev. S. Lee, Professor of Arabic in the University of Cambridge. Several manuscripts were consulted, and the text is considered as very correct, though we have discovered in it some typographical errors.