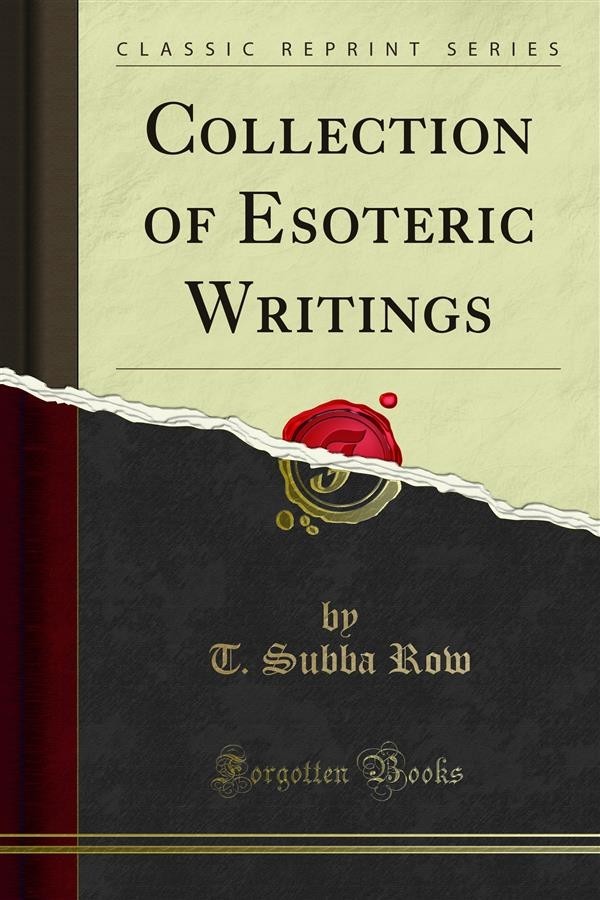 At noon on that day, he said his Guru called him to come, he was going to die, he was now about beginning his tapas mystical invocations and he did not wish to be disturbed. From that time on, he spoke to no one. When he died, a great star fell from the firmament of Indian con temporary thought. Between Subba Row, H. P. Blavatsky, Damodar and myself there was a close friendship. He was chieﬂy instrumental in having us invited to visit Madras in 1882, and in inducing us to choose this city as the per manent Head-quarters of the Theosophical Society. Subba Row was in confidential understanding with us about Damodar's mystical pilgrimage towards the North, and more than a year after the latter crossed into Tibet, he wrote him about himself and his plans. Subba Row told me of this long ago, and reverted to the subject the other day at one of my visits to his sick-bed. A dis pate — due in a measure to third parties — which widened into a breach, arose between H. P. B. And himself about certain philosophical questions, but to the last he spoke of her, to us and to his family, in the old friendly way. When we last saw each other we had a long talk about esoteric philosophy, and he said that as soon as he could get out, he should come to Head — quarters and draft several metaphysical questions that he wished Mr. Fawcett to discuss with him in the T/zeosolvbist. His interest in our movement Was unabated to the last, he read the 27180301911t regularly and was a subscriber to H. P. B.'s Lucifer.