Grey Maiden, the Story of a Sword Through the Ages 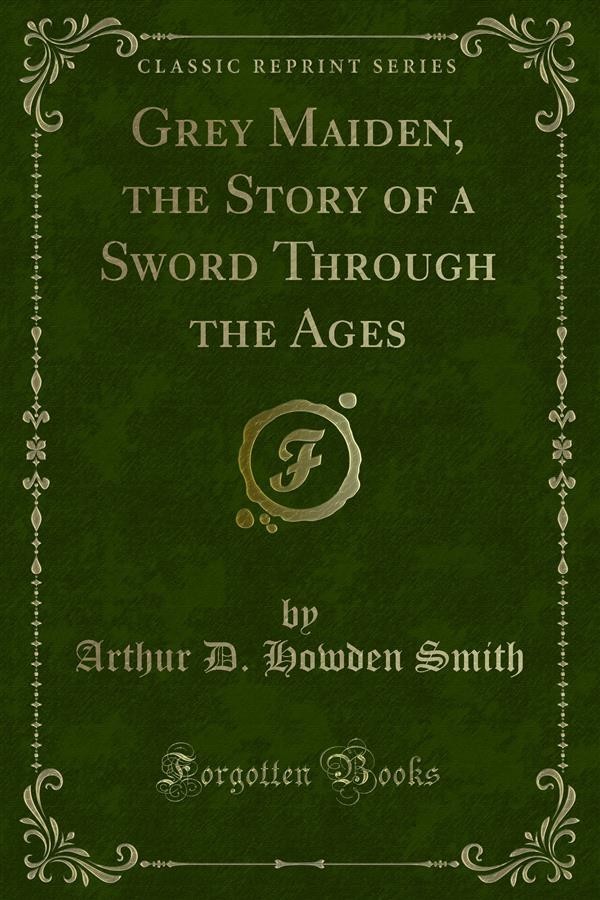 Grey Maiden, the Story of a Sword Through the Ages

This is the story of the sword, Grey Maiden, and of a few of the mighty deeds wrought with it in the passage of the centuries. Forged in the dim beginnings of time, when men first discovered the resiliency Of iron tempered with carbon, and made of the knowledge a magic and a mystery, it saw the rise of Greece, and the crowning of Alexander's fortunes; it was witness to the majesty and the decay of Rome; it led the rush of Islam. It knew the glories and the agonies of the Old World and the birth-pangs of the New. For gen erations it lay hidden in tomb or burial mound or hung in grim quietude upon the walls of armories. Yet often when men turned to war eager hands reached out for it, and its shining blade was bright in the van of battle. As some mediacval owner scratched in the hard, grey steel.