Key to the Universe 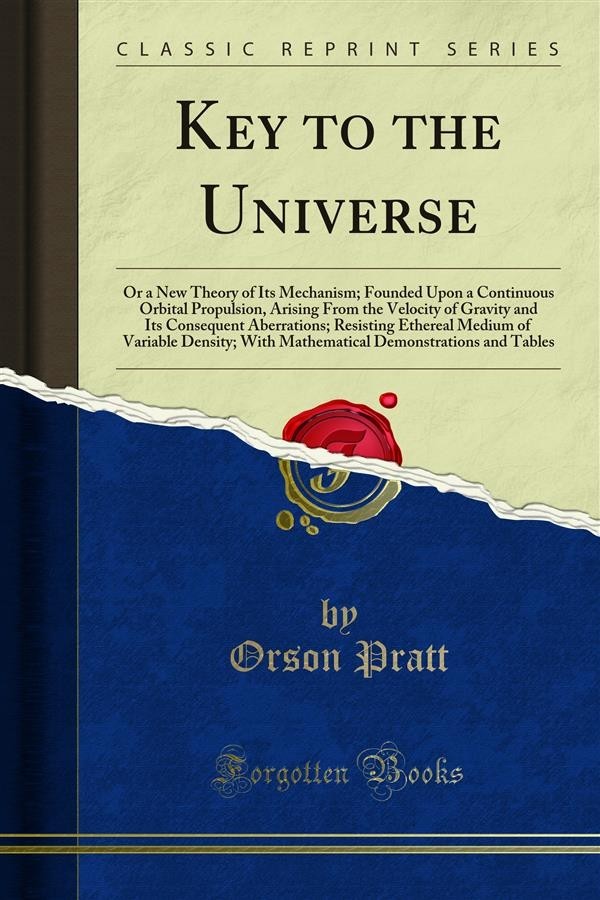 Key to the Universe

A new theory of the mechanism of the universe is propounded by the author, not with a design of subvert ing, or, in the least degree, interfering with the great law of universal gravitation. On the contrary; it is intended to greatly extend the universality of that law. Modern astronomers and scientists have excluded the immense ocean of ethereal substance from the catalogue of gravi tating matter thus limiting the grand discovery of Newton, intended to be universal, to such gross materi als only, as they may consider endowed with the gravi tating power. The aim of the author, therefore, is to vindicate the universality of the law: to rescue it from the environed limits sought to be thrown around it: and to give it that unlimited freedom of action, which the distinguished name, universal, so appropriately and definitely imports.