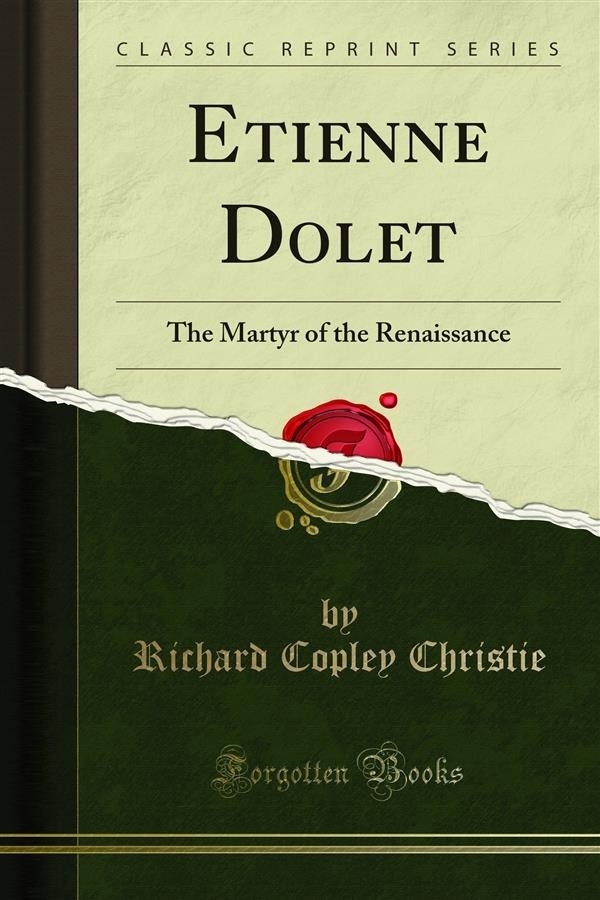 The most important of the additions to this volume are, first, the Act of Association, or Partnership between Dolet and Helayn Dulin, as printers, which, besides giving us other information, lets us know how Dolet obtained the capital with which to commence business and secondly, the Documents relating to the arrest of Dolet at Troyes in 1543, and his subsequent removal to Paris, which clear up several hitherto obscure points in this period of his life. The Act of Association and these Documents are curious and interesting, and I have accordingly printed them in full, as far as they can be deciphered, in the Appendices to this volume. In 1881, M. O. Douen wrote two articles in the Bulletin de la Socie'té d'hz'stoz're da Protestantisme, in which he controverted my View of the religious opinions of Dolet, and I have given at some length (pp. 49 3-9 5) my reasons for adhering to the View I origin ally held and expressed on this point.