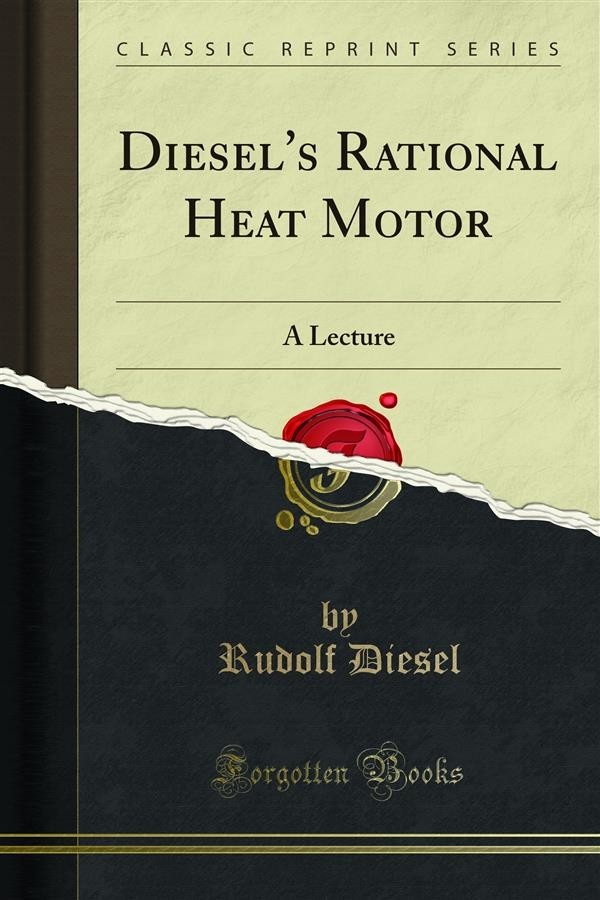 Based on these actual facts, a new motor of 20 horse-power was built, which in the beginning of 1897 was tested with petroleum, and upon which the following data are presented: The engine is shown by Figs. 4 to 7. From this can be seen that the cylinder, for the reasons previously explained, is provided with a cooling jacket; that the plunger with oil stuffing boxes is replaced by a ring-piston; that the gear shaft has been extended to the top; that suction and exhaust valves are separated, etc. The small air pump Q. Driven by connecting rod Z and lever X, keeps the vessel L filled with compressed air under a higher pressure than the highest compression attained in the cylinder, and is a new detail. By means of the pipe connection S. The same excess of pressure is connected with the interior of the injection valve D. In it the petroleum is collected during the intervals in the four cycle period between the combustion periods. This petroleum is introduced by a little pump. Not shown in the figure. By Opening the valve stem 11, the fuel is by its high pressure caused to ﬂow through the nozzle opening D to the combustion chamber of the engine. Thus creating the combustion period in accordance with diagram 1. Wherein the form and length of the combustion line can be altered according to the performance of work, partly by chang ing the regulation of the fuel supply, partly by changing the excess of pressure in the vessel L and finally by performing the injection at different points on the compression line, as previously demon strated.