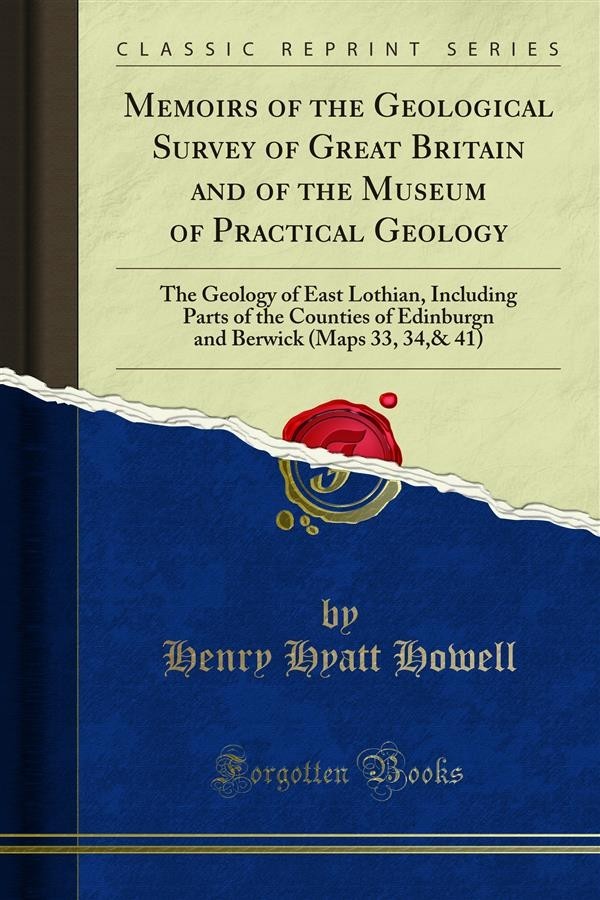 The oldest rocks shown on the present map belong to the Lower Silurian formation They form the chain of the Lammermuir Hills, and thus are continuous with the great Lower Silurian uplands of the South of Scotland. They consist of alternations of very hard granular greywacke, or grit, with bands of dark grey, green, reddish, or blue shale and display throughout their whole extent a remarkable similarity of lithological character. They contain no bands of limestone, conglo merate, interbedded volcanic rocks, nor any series of strata difi'ering markedly from the general aspect of the whole. Hence, in crossing the Lammermuir chain, we meet with repetitions of greywacke and shale, sometimes in thicker sometimes in thinner bands, but with no essential distinctions by which an upward or downward succession might be traced. These rocks have a prevailing strike from north-east to south west. They are usually inclined at high angles, or even vertical, so that in walking across their upturned edges, as exposed along the course of a stream, it might be supposed that we must necessarily pass over a great thickness of rock. In truth, however, these strata have been squeezed into innumerable sharp folds, the same beds being brought up to the surface again and again. This structure is admirably revealed along the range Of sea cliff to the west of St. Abb's Head. The massive strata of greywacke are there seen to be folded back upon themselves into arches and troughs, the inclination of the whole being very high. The force by which the strata were thus crumpled acted. From the north-west and south-east, hence the axis of the folds and the strike of the rocks run from north-east to south-west. Since the corrugation of the rocks was completed the district has suffered vastly from denudation. The tops of the arches have been shorn off, and now the abraded edges of the tilted strata come to the surface like the tops of books which have been set on end. It is not until these coast cliffs are seen that the casual Observer learns that what seems to be an endless succession of vertical strata, many miles in thickness, is really formed out of a series of greywackes and shales, not many' thousand feet thick. But crumpled, like an old-fashioned frill, into hundreds of plaits and puckerings.