The Architecture of Country Houses 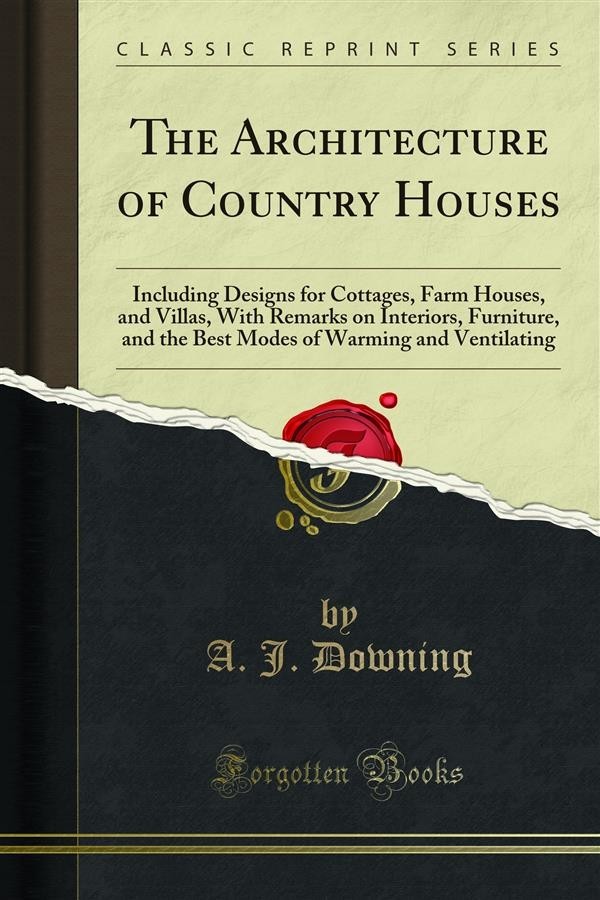 The Architecture of Country Houses

There are three excellent reasons why my countrymen should have good houses. The first is, because a good house (and by this I mean a fitting, tasteful, and significant dwelling) is a powerful means of civilization. A nation, whose rural population is content to live in mean huts and miserable hovels, is certain to be behind its neighbors in education, the arts, and all that makes up the external Signs of progress. With the perception of proportion, symmetry, order, and beauty, awakens the desire for possession, and with them comes that refinement of manners which distinguishes a civilized from a coarse and brutal people. So long as men are forced to dwell in log huts and follow a hunter's life, we must not be surprised at lynch law and the use of the bowie knife. But, when smiling lawns and tasteful cottages begin to embellish a country, we know that order and culture are established. And, as the first incentive towards this change is awakened in the minds of most men by the perception of beauty and superiority in external objects, it must follow that the interest manifested in the Rural Architecture of a country like this, has much to do with the progress of its civilization. The second reason is, because the individual home has a great social value for a people. Whatever new systems may be needed for the regeneration of an old and enfeebled nation, we are persuaded that, in America, not only is the distinct family the best social form, but those elementary forces which give rise to the highest genius and the finest character may, for the most part, be traced back to the farm-house and the rural cottage. It is the solitude and freedom of the family home in the country which constantly preserves the purity of the nation, and invigorates its intellectual powers. The battle of life, carried on in cities, gives a sharper edge to the Weapon of character, but its temper is, for the most part, fixed amid those communings with nature and the family, where individuality takes its most natural and strongest development.