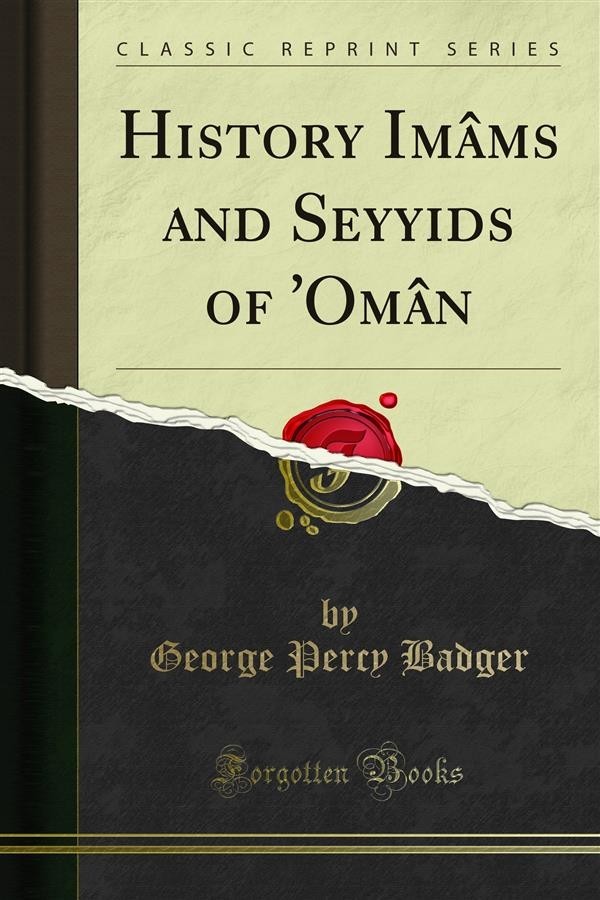 Shortly after the death of the Seyyid Sa'id-bin Sultan, the sovereign of 'oma.n and its East African dependencies, who died a.d. 1856, war became immi nent between his two Sons, the late Seyyid Thu wainy, who had succeeded to the Principality of 'oman, and the late Seyyid Majid, who claimed Zanzibar, the neighbouring islands, and the Arab settlements on the adjacent mainland. Actual hostilities were prevented by the friendly intervention of the Govern ment of Bombay, and the rival brothers eventually agreed to submit their differences to the arbitration of Lord Canning, then Viceroy of India, and to abide by his decision. As a preliminary measure, a Com mission, composed of Brigadier, now Sir William Coghlan, and myself, was appointed to report on the matters in dispute, a duty which involved per sonal interviews with the Seyyids both at Maskat and Zanzibar. It was while so engaged at the for mer place, in 1860, that the Seyyid Thuwainy pre sented me with the original manuscript of this History.