The Psychology of Suggestion 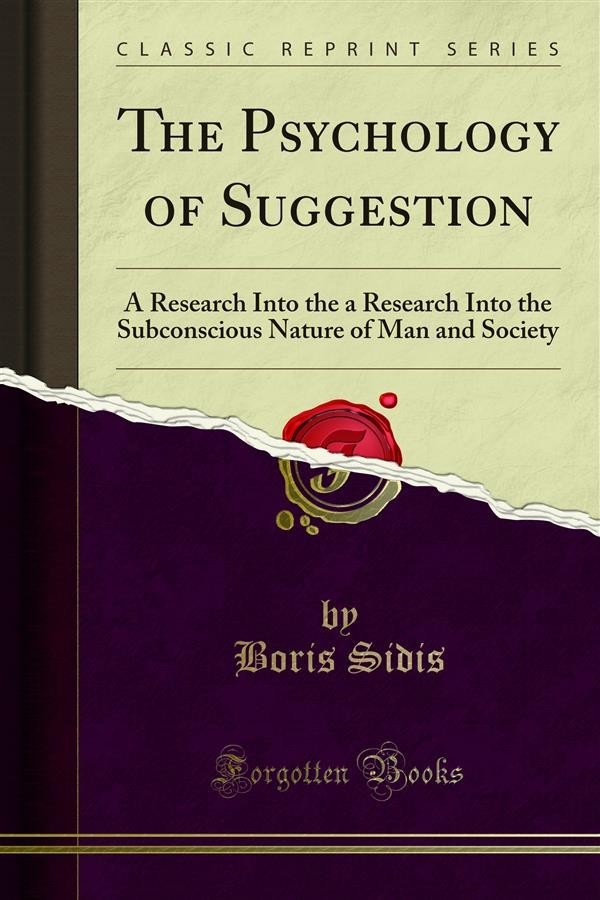 The Psychology of Suggestion

The German school, with Wundt at its head, at first started out on similar lines, but they could not make any use of the subconscious, and their speculations ran wild in the~fancies Of Hartmann. The reason of this failure is due to the fact that the concept Of the sub conscious as conceived by the German school was extremely vague, and had rather the character of a mechanical than that of a psychical process. An un conscious consciousness that was their concept of the subconscious. In such a form as this the subconscious was certainly meaningless — mere nonsense-and had to be given up. The German psychological investigaf tions are now confined to the content Of consciousness in so far as the individual is immediately conscious Of it. But as this form of consciousness is extremely nar row and circumscribed, the results arrived at, though remarkable for their thoroughness, are after all of a rather trivial nature. It is what Prof. James aptly characterizes the elaboration of the obvious. We may therefore, with full right, assert that it was the French psychologists who made proper use of the sub conscious and arrived at results that are of the utmost importance to psychology, although it were well if the French were to conduct their investigations with Ger man thoroughness.