Aspects of Religious Belief and Practice in Babylonia and Assyria 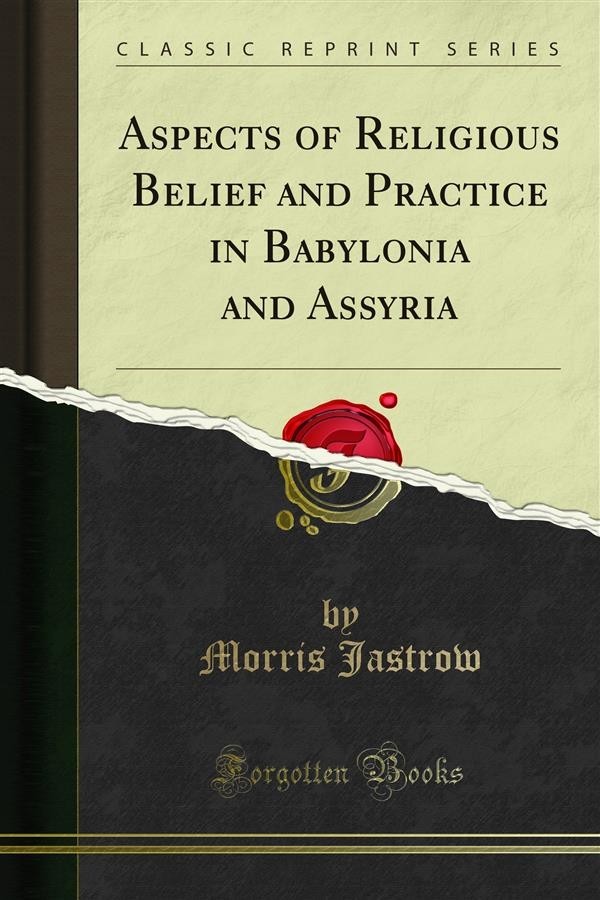 Aspects of Religious Belief and Practice in Babylonia and Assyria

To deliver a course of lectures under its auspices, I hesitated at first for various reasons, but was led to accept by the consideration that the invitation would afiord an opportunity to summarise in a popular and (i trust) a readable form the results of recent re searches on some aspects of the religion of Babylonia and Assyria, in which I was privileged to have a share. The importance of the extensive omen literature of Babylonia and Assyria, very imperfectly known until a few years ago, is now generally recognised, and I feel that no apology is necessary for devoting two of the lectures to the two chief aspects of this litera ture — divination through the liver, and divination through the observation of the heavens. Both forms of divination have wide and significant hearings on the general history of religious rites and beliefs. Through hepatoscopy, a definite link has been estab lished between the Euphratean culture and the Etruscan civilisation, with the Hittites, apparently, as the mediating factor. The Babylonian astrologers.