Ollendorff's New Method of Learning to Read, Write, and Speak the German Language 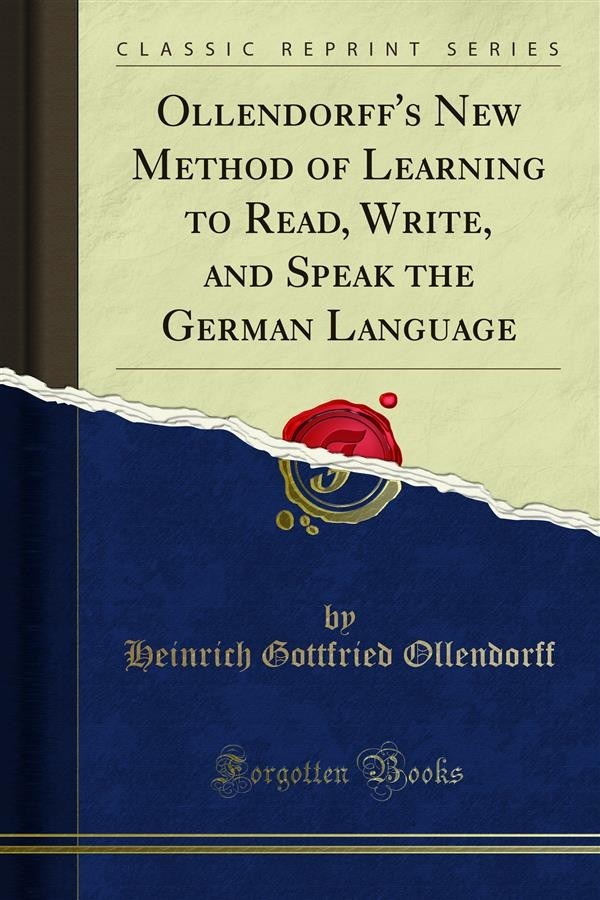 Ollendorff's New Method of Learning to Read, Write, and Speak the German Language

The success of Ollendorff is unquestionably due to his method, by which he has made the German, heretofore noto riously difficult to foreigners, accessible to the capacity of all, young or old, learned or unlearned. Instead of pre-supposing a familiarity with English Grammar in the pupil, and then presenting a synthetic view of the principles of the language, as is commonly done, he begins apparently without any system, with the simplest phrases, from which he deduces the rules, until gradually and almost imperceptibly he makes the pupil master of the etymology and syntax of every part of speech. The rules are, as it were, concealed amid the multitude of exercises which are added to each lesson, and which serve to fortify the learner in the principles he has already acquired. Another characteristic feature of the book, and one in which its practical merit chieﬂy consists is, that the examples on which the rules are based, and those which are intended to illustrate the rules, are not derived from the German Classics; they are neither the ideal language of Poetry, nor the rigorous language of Science, but of life, — short sentences, such as one would be most likely to use in conversing in a circle of friends, or in writing a letter.