Illegitimacy and the Influence of Seasons Upon Conduct 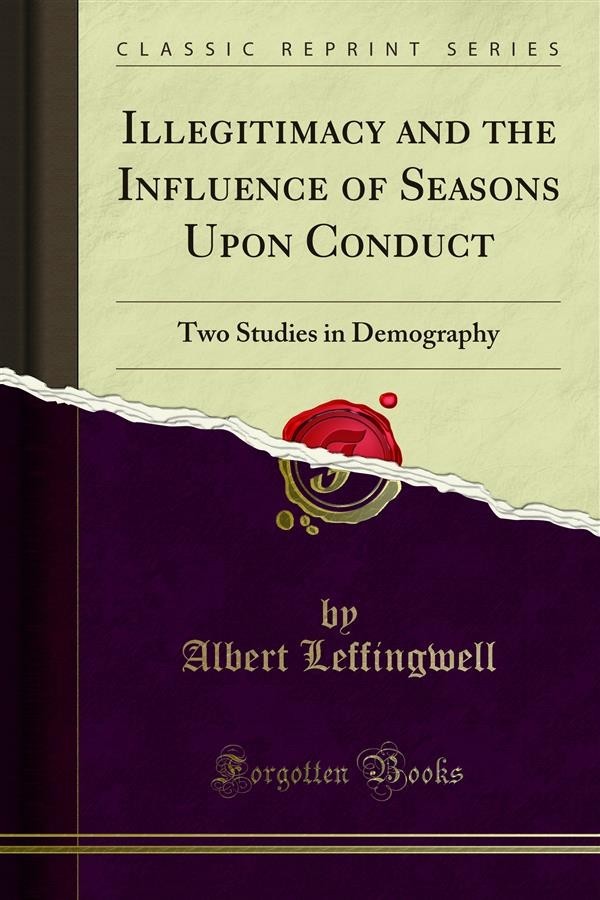 Illegitimacy and the Influence of Seasons Upon Conduct

The following pages are devoted largely to a con sideration of illegitimate births in the different sections of the British Isles. The second essay is an attempt to present to the reader certain phenomena of periodicity in human conduct and mental disease, which, although for many years familiar to students, are still comparatively unknown to the general public. To what extent the hypothesis advanced accounts for all the facts observed, each student must judge for himself. At all events it is believed that the statistics herein for the first time grouped together will be of permanent interest. The writer has aimed to present some statistics of human conduct, now buried in official reports, in such a way as not only to be easily intelligible but also interesting. He believes it a mistake to imagine that facts must necessarily be dull, or figures dry. No romance evolved from the, imagination of the novelist can ever compare with the tragedies of real life. What we wish to know is where to find the truth, and how to interpret it.