The History of the Armenian People, From the Remotest Times to the Present Day 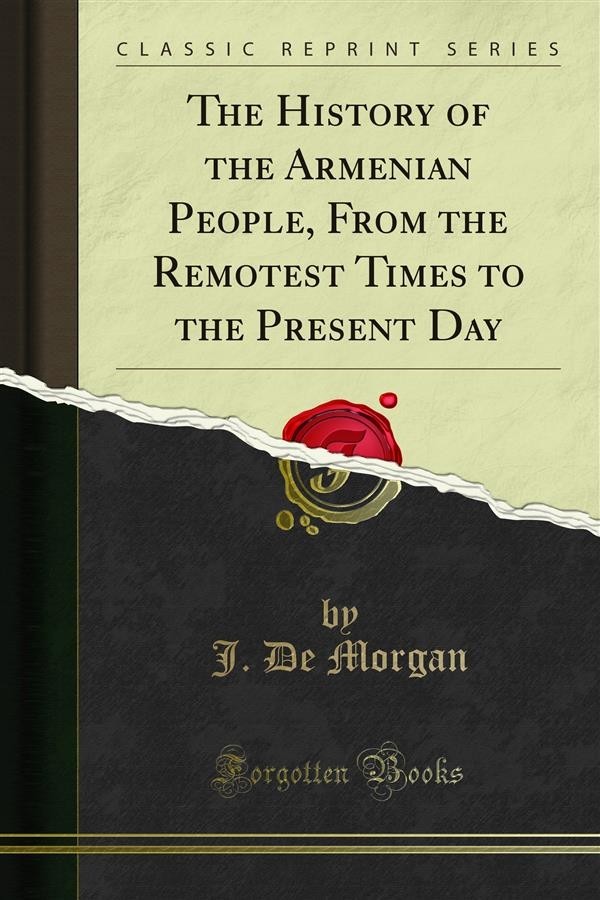 The History of the Armenian People, From the Remotest Times to the Present Day

During this seemingly endless war, the worst ever to aﬂlict mankind, Armenia has undoubtedly been the most unfortunate of all lands, the most racked and tortured, more so even than Belgium, more so than Serbia! Victim of the frightful massacres by the Turks, subjected to the cruelest horrors, partly delivered by the Rus sians and then woefully abandoned by them, Armenia has seen her fine and industrious rural population decimated to' an unthinkable ex tent through a most abominable series of slaughters. Not only is she the unhappiest of nations, but no national history is so little known as is hers, despite the fact that this history was once so famous. The reason for this is that for several centuries Armenia has been constantly held down beneath the most unbearable of servitudes, the bloody Ottoman yoke. In our western civilization hardly any but a very few scholars know the early history of the Armenians, those ancient and medieval times when this then warlike race played a most important r61e in the hinterland of the Eastern world, first the Roman and then the Christian. A few noble-minded men of this long and sorely tried na tion, along with some French friends devoted to their cause, felt it urgent to bring Armenia's hitherto neglected history to the knowledge of the general French public and that of our Allies, through a published work of high standing and practical value. This they deemed one of the best ways to interest the world, and France in particular, in the salvation of so worthy a people. These friends of Armenia, choos ing as spokesman one of the best among them, the great patriot Archag Tchobanian, kindly asked my advice as to whom they should appeal to carry out this difficult task. One name came at once to my thought that of my friend Jacques de Morgan, the intrepid explorer, the scholarly and enthusiastic traveler and great archaeologist, renowned for his excavations at Susa and in Egypt. No one is better acquaintedwith the vast regions around Armenia, and with Armenia itself, which he has traveled over more than anyone. No one has more carefully studied the mysterious beginnings and the history of those races that settled over the magnificent lands south of the Caucasus. Many years of incessant labor had impaired his health, yet when upon my advice my Armenian friends asked him to write the history of their nation and to compass its glorious but forgotten annals in a volume of strik ing interest, to be widely disseminated in behalf of this sacred cause, he at once accepted, despite his poor health and comparative reclusion. He set to work immediately, happy to be able still to serve the sublime cause of oppressed peoples. In two years of ardent labor he completed this important work, of such great interest to a vast public so lacking in knowledge about Armenia. I have been done the great honor of being asked to write a few introductory lines to this volume. For this honor I am perhaps indebted to my own works on the Crusades and Byzantine history, in which I so often had to refer to the valorous deeds in the East of the illustrious Armenian race. This is the first time, wrote Jacques de Morgan to me,, that I am not writing the pre face myself to one of my books! I accepted, however, this pleasurable task, with the stated intention of writing brieﬂy, not to te-introduce to the public my friend Morgan already so well known, but if possible to draw the further attention of all the allied nations to the unhappy Armenian people and to the abominable injustice they have endured for centuries.