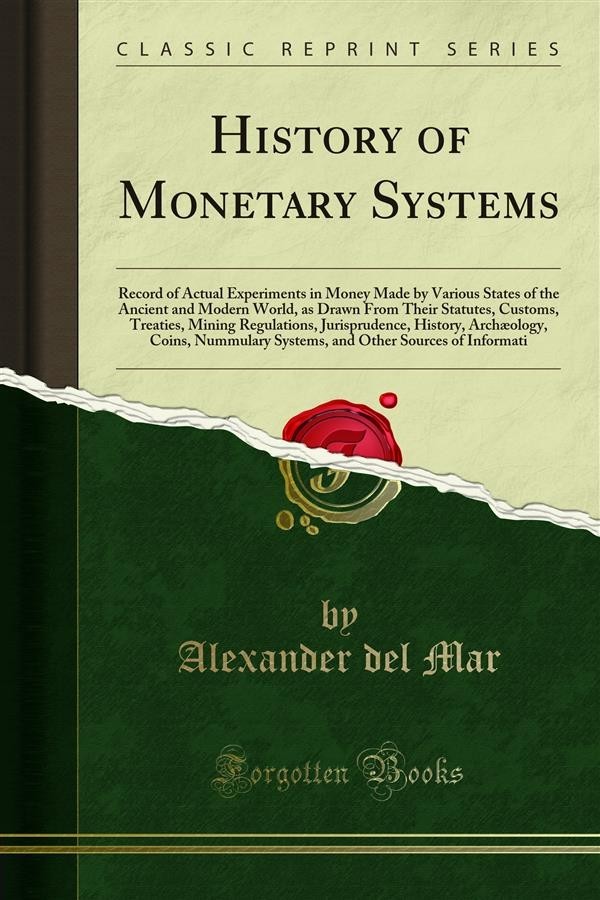 The origin and progress of Private Coinage has also been an object Of attention. Private coinage, or, as it is now euphemized, free coinage, namely, the license granted to private individuals to coin the precious metals without limit, or to compel the State to make coins for them and to confer upon such coins the legal functions Of money, coupled with license to export and melt down the coins, was unknown to the ancient world. In the great states of antiquity money was apillar of the constitution. In the republics Of Greece and Rome it was a social instrument, designed, limited, stamped, issued, and made current by the State, — in short, in vented, owned, and regulated by the State. It is now generally admitted that the so-called gentes coins of Rome were not of private fabrication, but issued by the State, and stamped with the gens mark of the State moneyers. There appears to have been no private coin age in Europe before the issuance of Mahomet's Koran and its scornful repudiation of the Roman religion and political system. The baronial and ecclesiastical mints of the middle ages,when not authorized by the German Em pire, or by the princes Of the Western States, were baronial or ecclesiastical only in name; they were really robbers' dens, and were so termed in the oﬂicial proclamations Of the time. Their trade Of private coin age was both surreptitious and unlawful, and was often expiated with the lives of the proprietors; The Plantag enet kings broke up some thousands of them. After the fall of the Roman Empire in 1204 the prerog ative of the coinage was exercised for a brief period by the emperors of Germany, but soon afterward fell to the various independent states that rose upon the ruins of the Old Empire. In a process commenced by the procureur-général under Philip IV., against the Comte de Nevers, for melting down the coins of the realm, it was held that this was a royal prerogative which be longed to the king alone, and which in case of neces sity he might employ, not indeed for his private advantage, but in defense of the State. The prerogative was, however, much more fully and completely laid down by Sir Matthew Hale in the celebrated case Of the Mixed Moneys. Its unwilling surrender by the Crown took place under the Stuarts. Events have dem onstrated that the Act is wholly inconsistent With the safety of the State, and that it demands revision.