Secret Sects of Syria and the Lebanon 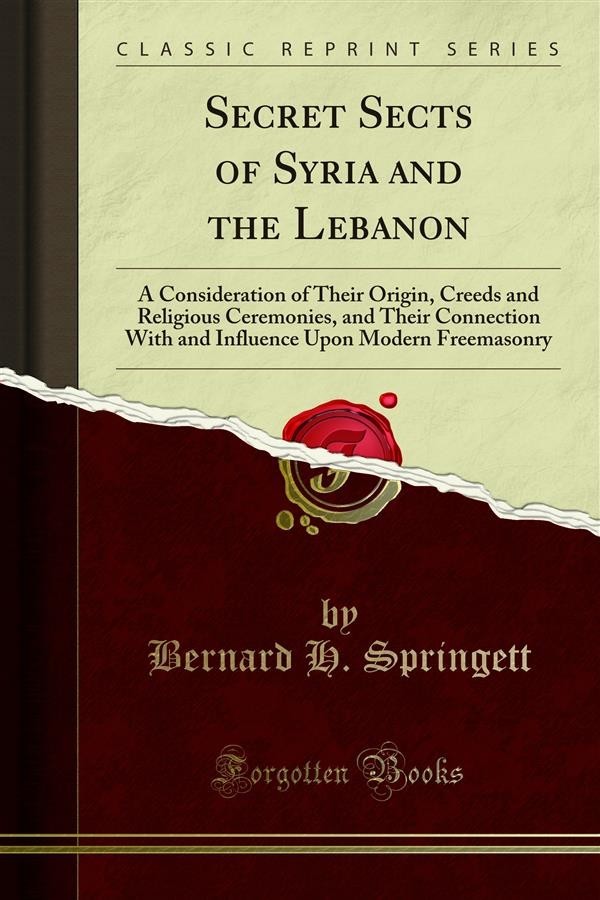 Secret Sects of Syria and the Lebanon

A surprising amount of scorn and ridicule has been the reception accorded by Freemasons, both in Great Britain and in America, to previous attempts to place on record some very plain proofs that we are justified in saying in our Masonic Ritual that we came from the East and proceeded to the West. The plain fact that much of what we now look upon almost entirely as Freemasonry has been practised as part and parcel of the religions of the Middle East for many thousands of years, lies open for anyone who cares to stop and read, instead of running by. But it is frequently and scornfully rejected by the average Masonic student, and this seems to betoken an unwillingness to credit Masonry with an existence of more than two or three hundred years at most. It is painful to those who, like myself, take a justifiable pride in the antiquity of Masonry, far exceeding that of any other religion in the world known to mankind, to hear it so frequently condemned as completely legendary.