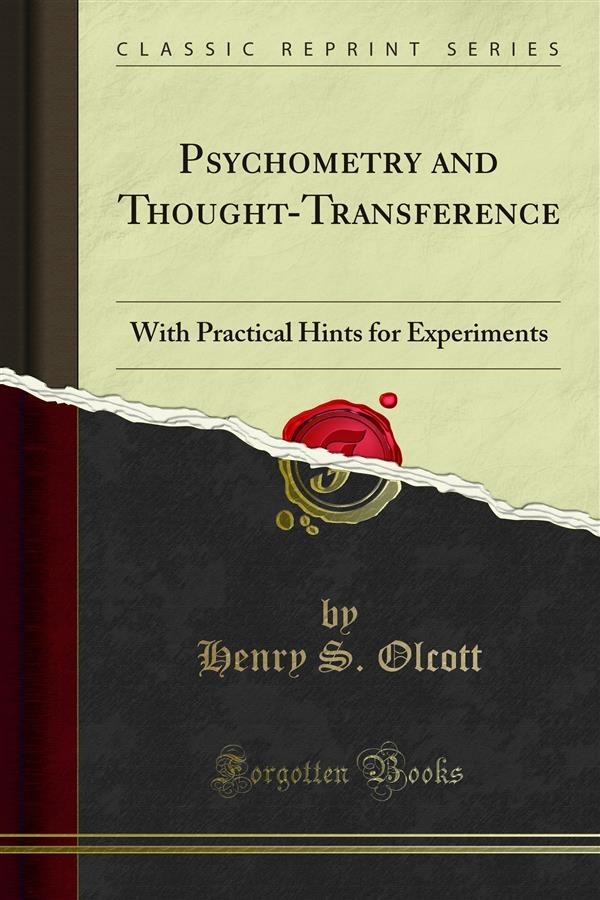 As an interesting coincidence, I may state that, in the interval between laying down my pen last evening at this point, and resuming it this morning, I have receiv ed a letter from Mrs. Wife of a science professor in an Indian College, in which she says My husband tried a very simple experiment on me the other morning, after reading Buchanan's new work I resented it very much, inasmuch as, though it proved very successful, it made me very ill allday. He gave me Tarter Emetic, in thick folds of paper, to hold, with the result above statcc metrical experimenter could acquire a tithe of the psychical insight of the Indian Yogi; and, though The Soul of Things is full of most interesting accounts of the recall from the Astral Light of latent pictures of past races, past languages, forms, species, scenes, etc., and one is, as it were, crushed by the thought that nothing is lost, while everything but passes behind a screen, yet one sees how infinitely more could be known by a Yogi who had fully attained the development of Yoga. But all cannot be Yogis at this stage of cosmic evolution; and it is enough that by the help of Buchanan and Reichenbach we can get at least a glimpse into the galleries of the Astral Light where Time stores up his unfading pictures.